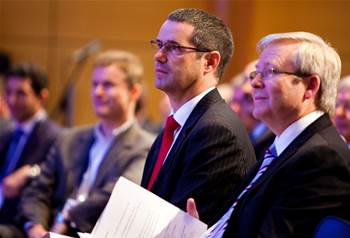 Will an ISP filter work in an NBN-connected world?

Further, none of the nine ISPs who piloted filtering technologies could provide an environment to test Internet Protocol version 6 (IPv6), an addressing scheme the internet industry expects will be necessary in the coming years as IPv4 addresses run out.

The report concluded the filtering technologies did not degrade internet performance - except when filtering content above and beyond the ACMA blacklist, in which Enex found the filters were hampered by over-blocking.

But the report also shows that only internet speeds of up to 8 Mbps were subjected to the tests.

A shade over two million Australian households and 186,000 business and government users had connection speeds of 8 Mbps and beyond, according to Australian Bureau of Statistics figures released in June.

Internode network engineer Mark Newton - a fervent opponent of the filter proposal - said it was "extraordinary" that the Federal Government had not tested the impact of content filtering on higher speed connections.

"[He] has to accept that this report leaves open questions about whether or not his censorship policy is compatible with his 100 Mbps national broadband network."

Update: A DBCDE spokesman has since confirmed that speeds greater than 8 Mbps were not tested as ISPs involved in the live pilot could not provide those services for testing. The same reason was given for IPv6.