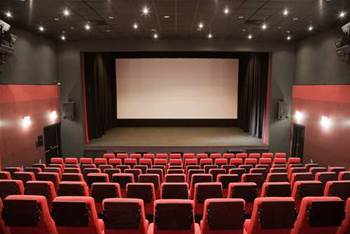 Declines to explain why?

The Australian Federation Against Copyright Theft has claimed that there is a link between ISP iiNet upgrading the service plans of heavy-internet users and the proliferation of film piracy, according to documents filed with the Federal Court.

AFACT declined a request by iTnews to spell out what the link might be, due to restrictions placed upon it by the Court.

"That's the kind of evidence that will come out during the course of the case," a federation spokesman said.

iiNet was brought before the Federal Court in a suit lodged by the federation of film distributors over copyright material being allegedly shared illegally over the Perth ISP's network.

In AFACT's outline of opening submissions - an abridged version of which was released today - it alleged that "through inactivity and indifference, iiNet has ... permitted a situation to develop and continue where users of its internet services are free to engage in infringements of ... copyright".

"It [iiNet] has also encouraged heavy users of its network to upgrade their services, thereby increasing its profits," it read. "In other words, iiNet has allowed a widespread culture of infringement to become entrenched."

The six-page document is a heavily stripped-down version of the 90-page original submitted to the court ahead of the start of its case against iiNet, which begins on October 6.

The court yesterday ruled that this information not be made public prior to the start of the case.

AFACT also alleged that iiNet has "offered encouragement, in various forms, to iiNet users to engage in and continue to engage in infringing acts".

It alleged this went beyond the "implicit encouragement" of continuing to grant internet access to users that AFACT said it had identified as copyright infringers.

AFACT's spokesman was unable to define what other forms of encouragement the film industry alleged iiNet had given its customers to download copyright materials.

A legal spokesman for iiNet told iTnews that "the studios' case, in a particularly inventive manner, suggests that iiNet actively encouraged and authorised its customers to break Australia's copyright laws.

"Extraordinarily, the applicants appear to rely on the fact that iiNet is defending itself against these imaginative accusations as evidence of guilt," he said.

"Any objective analysis of the copyright law infringement reveals that the case sought to be made by AFACT and the movie studios requires a great leap over, and a stretch of, the existing law."

In recent directions hearings, iiNet has maintained that the film industry's evidence against customers should be proven in the courts first, before a decision is made to terminate that customers' internet service.

The court will decide whether it is illegal under the Telecommunications Act for iiNet to act on the evidence of alleged copyright infringement supplied by the film industry - for example, by terminating a customer's account.

ISPs cozy up to Federal Court