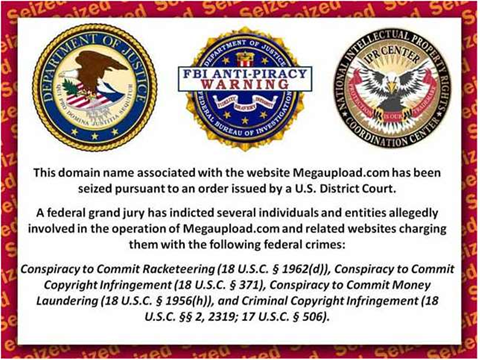 On Sunday, Filesonic, one of the largest file sharing locker services disabled all sharing functionality, limiting account holders' access to files that they uploaded personally.

Filesonic is one of the top 10 file-sharing sites in the world and, like Megaupload, it appears to be based in Hong Kong and has servers in the US, according to the TorrentFreak blog.

Several other digital file locker sites have also limited services or closed affiliate programs designed to reward those for uploading content, including another large service, Fileserve, according to reports on Reddit.

A list of all the file sharing locker services purported to have shut or in the process of doing so has been posted on Pastebin.

The second largest file locker service in the world, RapidShare, has said it is not concerned about suffering the same fate as Megaupload, releasing an explanation on its Facebook page on Saturday.

"One of the main differences between RapidShare and Megaupload is that we never wanted to escape from the legal access of any administration," it said.

"RapidShare AG was founded in Switzerland, was always based at the address cited in the imprint and was always managed with an authentic name without any anonymous intermediary companies.

"The drastic measures against Megaupload were obviously seen as necessary by the FBI because the situation was different there."