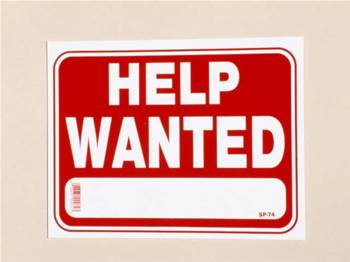 Generation Y is more interested in achieving a work-life balance and job satisfaction than accumulating wealth, so IT companies must offer incentives or more cash to attract staff, claimed an IBRS analyst.

According to Kevin McIsaac, senior analyst at IBRS, there are fewer young people to fill entry level positions as baby boomers settle into retirement and Generation X step up to management roles.

“While you still have people in the workforce over forty who have the skills, they’ve moved into management positions and expect higher salaries,” he said. “You haven’t got the younger people coming in because there simply aren’t as many of them and they aren’t going into IT.”

McIsaac claimed the IT industry lost appeal following the dot-com collapse and Generation X and Y were wary of joining what was perceived as an unstable industry. The image of IT is still struggling to recover and remains an unfashionable career choice, he added.

“IT became very unsexy and there are very few people going into university degrees around computing and IT,” said McIsaac. "It’s just a bit of a dull industry for a lot of people to work in.”

Another trend that is compounding the problem is the number of full-time employees taking consultancy positions and earning a similar rate of pay, said McIsaac. Consequently, companies are finding that unless they have an exceptionally appealing or unique product portfolio, they need to take extra measures to attract employees.

“You’ve got to pay way above the odds to get people to come and work for you,” he said. “If you’re a sexy reseller with a sexy set of products you will help attract the better people, but you also have to offer them better money or better conditions.”

The most notable difference between the baby boomers and Generation Y is their attitude to work. According to McIsaac, the boomers were largely concerned with accumulating wealth and power, while consequent generations value a work-life balance.

“[The boomers] wanted a bigger house, more money … they wanted to be in the corner office telling everyone else what to do,” he said. “Generation Y in particular are less interested in that. They’ve never experienced a recession or hard times; they’ve grown up in a very different world and a different environment.