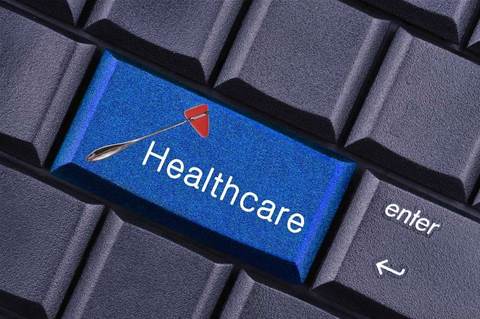 The lack of federal funding would require individual state governments to front up their own money to establish infrastructure not directly tied to the rollout of the national e-health records.

"No additional PCEHR funding is expected to be allocated to states or territories," a department spokesman said.

"All other funding from the PCEHR package is being spent on national projects such as the development of national infrastructure."

The spokesman said it was the responsibility of the individual state governments to invest in additional infrastructure, which the states said they needed to integrate the records system into their existing environments.

The comment came in response to increasing pressure from state governments to provide additional funding outside of the $467 million.

The Federal Government expected to spend the vast majority of the $467 million over the next financial year ahead of the system's launch on July 1 2012.

Some of that initial funding allocation was slated for use in establishing the 12 e-health implementation sites trialling different elements of the e-health record.

The NSW Government had also contributed $1.2 million to one of the implementation sites, located in western Sydney.

However, the Federal Government's spend on the records would diminish significantly after they launched on July 1 2012, with approximately $35 million in annual support costs contained in forward estimates, according to current budget documents.

In a submission to the draft concept of operations for the e-health record, Victorian health minister David Davis warned of substantial costs to the State Government requiring further collaboration from the Council of Australian Governments (COAG).

"Participation by jurisdictions will require major investment in the core capability of their information systems, which has not been provided for in the [Federal Government] program," he wrote in the submission.

Funding would be required, according to Davis, for the integration of applications and systems already in use by clinicians and within state infrastructure.

Other states had flagged the need for additional funding overall from all levels of agreement, in addition to clarified system requirements to integrate with individual systems.

According to Davis, the Federal Government had told state governments it expected them to be capable of generating discharge and event summaries as well as specialist letters that would ultimately contribute to an individual's e-health record.

A now-defunct business case for an earlier attempt at e-health records by COAG had estimated a total cost to states and territories of $4 billion but Davis regarded the estimate as unreliable.

National lead e-health body NEHTA was in the midst of conducting impact assessments of the e-health record's adoption for each state and territory government.

The results would inform a consortium of consultants, public relations companies and support outsourcers to undertake change management and record adoption.

A spokesman for the Victorian health minister did not respond to a request for comment.