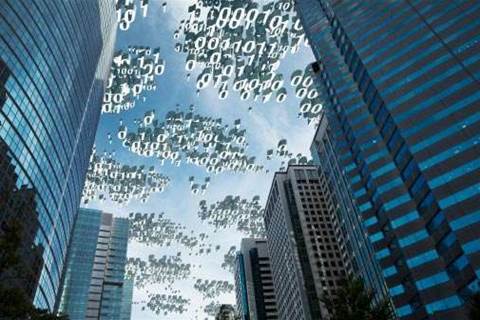 But cloud market is not mature enough to make it mandatory.

A new co-ordinated procurement arrangement comes off the back of the reported success of the data-centre-as-a-service multi use list launched in October 2012, which was framed as something of a ‘cloud training wheels’ approach for a government still wary about the IT model.

It has been described as “successful and well received by agencies”, but with a cap on contracts at $80,000 and 12 months, the Department of Finance has acknowledged industry feedback that “take-up of cloud services could have been higher, if the DCaaS MUL did not have the limitations on contract duration and value”.

Since its establishment, the DCaaS arrangement has facilitated 35 contracts worth more than $1.4 million.

Finance has responded to a push by the Coalition Government for cloud take-up to move faster with a new uncapped panel that will cover the core NIST-defined cloud products: software as a service; platform as a service; infrastructure as a service; and cloud specialist services such as integration and optimisation.

The first round of tenders will cover CRM, ERP, web hosting, compute and productivity.

Following revelations the Attorney-General’s Department is also looking to relax its double ministerial sign-off requirement for offshore cloud hosting, news of the cloud panel is sure to please those impatient for cloud adoption to pick up pace in Canberra.

Finance said use of the cloud panel will not be mandatory, unlike its other co-ordinated procurement schemes.

Sheridan this morning said his team’s own survey had found the market for cloud services in Australia and overseas was not yet mature enough to lock into providers. The discussion paper described the local market's development to date as “insufficient to treat cloud services as a commodity”.

Finance has therefore taken a different approach with the new panel.

“The primary objective of this panel is not to generate savings but to encourage and support Agencies in considering cloud options and in moving to the cloud,” the paper states.

Sheridan and the department have also expressed an eagerness to provide a “level playing field” that will allow SMEs access to government cloud business.

They have proposed a number of mechanisms, including ‘just in time’ insurance requirements that will allow companies to boost their level of coverage only when they land a big deal, with liability capped at two times the agreed contract value or the amount paid to the supplier under all contracts under the panel in the previous 12 months.

They are also looking at ways to recoup costs of running the scheme without overburdening smaller players, and have proposed a $250 application fee for every category service suppliers sign up for.

Reflecting the dynamism of the cloud market, such as ongoing and consecutive price drops, the department also plans to review and refresh the panel’s scope and membership every 12 to18 months.

Meanwhile, Ovum public sector analyst Kevin Noonan has question the wisdom in launching the panel before the Government has bedded down its new eGovernment strategy - promised by the Coalition before the election.

"The Government is pursuing a procurement strategy without a cloud strategy," he said.

Sheridan's deputy, Chris Dale, said earlier this year that the Department of Finance was using the IT policy released during the election campaign as a "blueprint" for its activities before a formal strategy is signed-off.