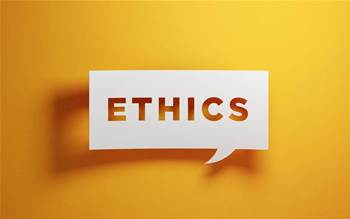 Wants feedback on which values to embed in tech.

The Coalition government has revealed plans to create guidelines to ensure artificial intelligence is responsibly developed and applied in Australia.

It’s currently seeking feedback on a discussion paper [pdf] released by the CSIRO’s Data61 today, which puts forward a number of principles designed to “embed our values” in the technology, minister for Industry, Science and Technology Karen Andrews said.

“But importantly, we need to make sure people are heard about any ethical concerns they may have relating to AI in areas such as privacy, transparency, data security, accountability, and equity."

The federal government isn’t the only body looking to address concerns about AI in these areas, with the NSW government announcing only last week it would be looking to develop an AI ethics policy to drive agencies to adopt the technology.

Data61’s discussion paper also revealed that 14 countries and international organisations have announced more $86 billion for AI programs in the last few years, highlighting the need for a code of conduct to ensure its ethical use.

It also acknowledges the work done by the Australian Human Rights Commission and the recently-established Gradient Institute (of which Data61 is a founding member with Insurance Australia Group and the University of Sydney) in this space.

The core principles for AI in the discussion paper are:

The CSIRO welcomed the national consultation period, with its chief executive Dr Larry Marshall saying AI’s transformative impact on industry and the creation of jobs “in the right way” is an imperative.

"As Australia's national science agency, a focus on ethics, social licence to operate, and clear national benefit have always determined how we apply science and technology to solve Australia's greatest challenges," Marshall said.

"The draft framework contextualises these age-old ethical considerations in the light of new technology, so everyone can have a say in inventing the future we need so our children can keep pace with emerging technologies like AI."

The government will use the findings and feedback to improve on the core principles and develop practical measures for organisations and individuals to use as a guide to ensure Ai design, development and use meets community expectations.