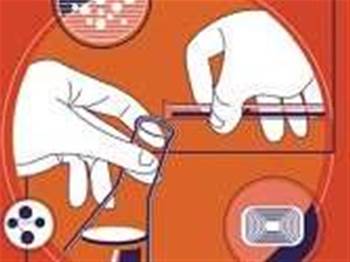 Sackett will take up her post in November 2008, replacing Jim Peacock who has held the position of Chief Scientist for the past two years.

She will be Australia’s sixth Chief Scientist since the role was created in 1989, and the first to be employed on a full-time basis.

The Minister for Innovation, Industry, Science and Research, Senator Kim Carr, expects upgrading the position from part- to full-time better to support the Chief Scientist’s tasks.

Such tasks include: advocating science nationally; promoting increased participation in educational institutions; and strengthening collaborative links between the community, industry and governments.

“Professor Sackett will provide high-level advice to Government, foster relationships with science organisations and industry groups and stimulate community thinking on the big scientific issues of our time.”

Sackett comes to the position with a list of professional achievements, including working as Director of the ANU Research School of Astronomy and Astrophysics and Mount Stromlo and Siding Spring Observatories, and being involved in and American Astronomical Societies, the International Astronomical Union and the Association for Women in Science.

She is an Elected International Fellow of the Royal Astronomical Society and is involved in governance of the Gemini Observatory and the Hubble Space Telescope Science Institute. She is also currently a director of the Giant Magellan Telescope, a project to build the world's most powerful optical telescope.

Having worked as a researcher on three continents, Sackett is expected to bring an international perspective to the position.

"Professor Sackett will have a vital role in raising awareness of emerging issues in science, engineering and innovation. She will encourage young Australians to see science as an exciting career option," Senator Carr said.

In order to fulfil the role of full-time Chief Scientist, Sackett will resign from her research position at the Australian National University in November.

She will remain an Adjunct Professor at the University, however, to continue working with the research students she is currently supervising.

“I’m excited and honoured to take up the Chief Scientist role,” Sackett said in a statement to the media.

“It is absolutely vital for Australia’s future that we encourage all young people to engage with science and technology,” she said.

“In that respect, I’m pleased to be able to continue the important work of mentoring the students that are currently working with me.”
Got a news tip for our journalists? Share it with us anonymously here.