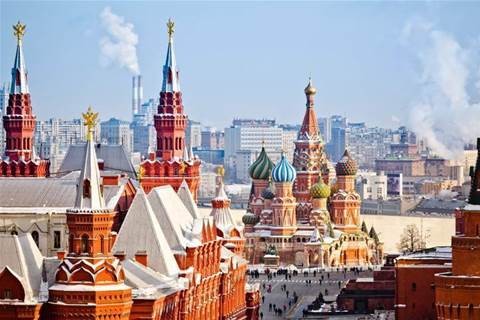 But the target of “coordinated foreign disinformation campaign” still unclear.

Australia’s close strategic ties with US and Western security interests remain a prime motivation for potential Russian state-sponsored cyber interference in the forthcoming election, a leading Kremlin watcher has cautioned.

But which political horse the infamous Internet Research Agency troll factory might back remains deeply unclear.

In a sober and nuanced appraisal of how Russian state would mechanically execute a cyber influence campaign, Elizabeth Buchanan, a research fellow at the Australian National University’s Centre for European Studies, says aside from the obvious vectors of Facebook and Twitter, Foxtel and Sky News are in the mix.

“Foxtel is one of a number of channels that is facilitating the dissemination of Russian propaganda through hosting RT – formally known as Russia Today. It has hosted RT since 2015, despite the US formally listing it as a foreign agent,” Buchanan wrote in the Asia and the Pacific Policy Society (APPS) Policy Forum.

“We are already familiar with the Kremlin’s cyber playbook – Russia’s Internet Research Agency placed some 3000 adverts across Facebook and Instagram in the lead-up to the 2016 US election, reaching an estimated 11 million Americans.

“There are 15 million active Australian users on Facebook. About four million Australians have Twitter accounts. Social media has an undeniable reach to shape attitudes and beliefs of everyday Australians.”

The ANU expert’s assessment is significant because it cuts through the increasingly shrill and dire warnings made by technology security interests and looks to the means and motivations of how a combined cyber and information operation would realistically play out.

With fuelling divisions and promoting polarising views already a stock in trade for local social media campaigners, clickbaiters and parts of the media, Buchanan views Australia as fertile ground for a Russian campaign – if the Eastern superpower decides backing a particular side is in its interests.

The reason why it's still bit of an open question seems to be down to the present revolving door style of Australian politics. (An unkind person might observe there is no reason to destabilise something that already destabilises itself quite proficiently.)

“Australia has some crucial societal challenges that could be easily targeted by a foreign influence campaign. The most likely intervention would be a Russian disinformation strategy that would seek to ignite existing divides in the community in order to influence voters to seek an inward policy turn,” Buchanan said.

“Australia is not immune from Russia’s potential attempts to weaponise societal divisions. We have a hyper-nationalist group or two which routinely advertises for new members – with an array of MP advocates to boot.”

A particularly grim observation is that one strategic objective of Russian political interference efforts could be to limit Australia’s influence in its immediate region.

“By aggravating our already existing societal divides, Canberra could be rendered an absent Indo-Pacific power,” Buchanan says, adding that “it would be in Russia’s interest to dilute US-allied power in the Asia-Pacific to ensure success in its eastward pivot.”

And while target selection for Russia might still be an open question, Buchanan notes there’s already been some solid cyber poking from Moscow going on over the last couple of years.

Noting that “Russia has already had a successful trial run at interfering in Australian cyberspace” Buchanan lists the April 2018 targeting of Cisco devices that was attributed to Russia by the Australian government.

Studies by the Australian Defence Force Academy detailing how voters were trolled in Twitter via the #auspol and #MH17 hastags are also cited.

The bottom line is that with both tension and the tempo of operations is rising, the keg is primed, even if the actual launch of a cyber and disinformation operation for the election is still debatable.

“Russia will continue to focus on the US’ relationships and destabilise her partnerships elsewhere – putting Canberra squarely in the cross-hairs,” Buchanan says.

“Australia’s policymakers would be wise to assume Russia has an eye on the country’s Federal Election. Moscow seeks neither to shape Australian policy nor to install a Kremlin-friendly government. It is about much more than that, and yet will likely be executed in fairly simple fashion through a disinformation campaign.”