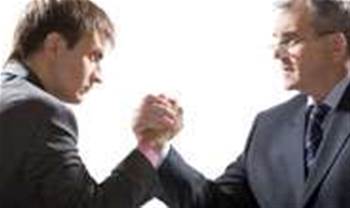 Friction between finance and IT has no place.

IT and finance mangers do not always make easy bedfellows and, historically, the relationship between chief information officers (CIOs) and chief financial officers (CFOs) has been widely characterised by tension or, in some cases, outright hostility.

Such fundamental conflict has long been considered inevitable given the fact that finance directors (FDs) are responsible for managing expenditure and IT is invariably expensive. Budgeting and cost control is of paramount importance to CFOs, while procurement and maintenance of expensive IT systems are core functions of CIOs, so conflict has often resulted. The relationship has been further strained because CFOs do not welcome surprises that upset carefully prepared financial plans and IT can be full of surprises, many of which are nasty ­ such as projects going over budget or systems crashing.

There has long been a chorus calling for rapprochement between these seemingly implacable foes. However, in today’s challenging economic climate, experts warn that the need to end this internecine squabbling has never been more pressing as failure to grasp the nettle could tip many struggling firms over the edge into commercial oblivion.

Sheila Upton, a director at Ernst & Young, acknowledges that “categorical challenges” remain in the majority of FD/CIO relationships.

a burning issue than it was a couple of years ago,” she says.

"The economic conditions of the past year and a half have acted as a catalyst, forcing IT to talk to the business more effectively. But there are still a lot of firms where the IT professionals may now be wearing suits to fit in when they attend board meetings, but still think they are in beards and sandals.”

Savvy CIOs should be taking the initiative and trying to engage with their CFO colleagues.

“The CIO has the responsibility to actually go to finance and present options as to what solutions are available and what their respective strengths, weaknesses and costs are. And the CFO has a responsibly to listen. Even companies in the same industry have been affected in very different ways by the downturn: there is not a one-size-fits-all solution,” says Upton.

Vuk Trifkovic, senior analyst at Datamonitor, agreed that, as the impact of the downturn has made itself increasingly felt, formulating the alignment between IT and the business has quickly become a pressing priority.

“Now everyone realises this is an issue, but it remains tough to implement. We are in the middle of a generation handover. The next generation of managers is not going to transform things radically, but we are now seeing both IT leaders and business leaders who grew up with IT. Many of the traditional divisions between IT and the business will be reordered because of the pervasiveness of technology. We are starting to turn out technical people who have greater business knowledge,” says Trifkovic.

Peter Williams, practice leader in IT infrastructure management at Bloor Research, says that in the past, IT and business managers have looked at technology totally differently.

“Quite often systems do not have the flexibility that business managers wanted. These business managers often could not understand why something that appears conceptually simple cannot be done by IT,” he says.

“Now every business is run on IT. In today’s world the business managers cannot do their job if the IT infrastructure is not in place. We must all be going in the same direction ­ lack of co-operation is no longer an option.”

Charles Cotton, a reward specialist at the Chartered Institute for Personnel and Development, suggests that corporate human resources (HR) departments have a role to play in improving the relationship between finance and IT professionals by allowing suitably qualified technical managers to take on non-technical roles and so gain a more holistic understanding of the business.

“You might get people from an IT background to go and zig-zag around the organisation. HR has a role to talent-spot the right skills,” says Cotton.

Other commentators are more upbeat about the quality of relationships between IT and finance in the economic downturn. Research from the Economist Intelligence Unit (EIU) describes “strong indications from many firms of continued improvement of CIO-CFO relationships”. Despite the fact that many would expect the IT/finance relationship to have suffered with budgets coming under severe pressure over recent months, almost 50 per cent of respondents to an EIU survey reported that co-ordination between the two key executives has actually improved at their firms in the past year.

The majority of CIOs and CFOs in the poll rate levels of trust, communication and understanding between them as strong. CFOs offer a rosier picture than do CIOs, but few in either group report any deterioration in their relationships.

These improvements are attributed by the research, entitled Staying the Course? Technology Decision-making in Turbulent Times, at least in part, to the fact that CIOs appear to be retaining their places at board level and are increasingly involved in core business discussions, rather than being locked in the technology silo. Few survey respondents believe that the CIO’s influence in technology investment decisions will decline in their firm, while a large minority expect CIO involvement in business strategy discussions to expand.

“But some firms will take risks with projects that help position them for growth when conditions improve. This raises the stakes for CIOs and the IT function, and they will need to deliver.”

Clive Longbottom, service director at analyst Quocirca, says that when meeting these challenges CIOs need to keep focused on core business issues and not become sidetracked by technology for its own sake.

“I cannot say it enough: it is not about technology ­ it is about the business,” says Longbottom.

“We have come through such a long period of good times when revenue was coming in fast and furious that many problems and business issues were subsumed. Now these are being laid bare and firms need to get to grips with them. Technology to automate and make processes and systems more efficient and flexible can certainly help,” he says.

“Firms should be looking at what highly targeted IT investment can do to streamline their value chains. Only the firms that do this and take appropriate action will be able to weather this economic storm. It is time that we had the CIO and FD dancing nicely together rather than having their swords drawn as has so often happened in the past.”

An Ernst & Young report, Successful IT in High-performing Organisations, the Impact on Business Growth, urged firms to “set the bar high” when attempting to improve CIO/CFO relationships: “Many organisations have made real progress in improving IT management and delivery, and integrating IT with business objectives to deliver tangible results. These activities are not easy and many organisations, by their own admission, are not successful across the board. Successful ones, however, share some common characteristics,” the study says.

“Above all, our research showed that in assessing current performance levels and setting targets for improvement, organisations that expect IT to make a strategic contribution will get more value, so it pays to set the bar high when agreeing targets.”

Aligning IT with the business

• Successful organisations exhibit a sophisticated understanding of IT and a flexible view of the function and its reporting lines;

• A variety of leadership structures exist to support integrated business and IT decision-making – it is not just about whether the CIO is on the board;

• While no single governance model stands out as working better than others, there is overwhelming agreement on the board’s responsibility to ensure the right governance structures and processes are in place;

• Quality and frequency of discussion matter more than structure and hierarchy but organisations need to ensure integration where separate committees exist for specific purposes; risk being a typical example of this.

Got a news tip for our journalists? Share it with us anonymously here.
Copyright © 2010 Computing
Tags:
strategystrengththroughunity