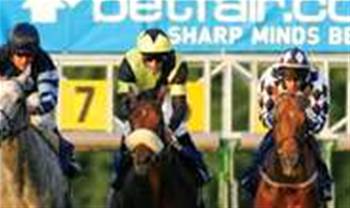 Migrating systems to a virtualised environment can deliver significant efficiency gains and cost savings, but it has to be planned carefully. Martin Courtney explains how IT leaders can improve the odds of success.

Page 1 of 3  |  Single page
Server virtualisation, which allows multiple virtual machines to run separately on a single physical computer system, has become a priority for many IT departments, thanks to the multitude of benefits its supporters say it delivers. But IT chiefs considering deploying the technology need to be aware of how different priorities can affect their implementation plans.

Consolidation is the most common driver for adopting server virtualisation, says Cris Colfescu, consultant at The Project Network, a firm specialising in delivering virtualisation and project management advice.

“Some people think they will cut costs in terms of energy consumption and rack space leasing, some are thinking about reduced hardware maintenance costs and others are interested in reducing their carbon footprint,” says Colfescu.

Earlier this year UK charity Comic Relief implemented a virtual server and storage environment designed to do just that. It cut the number of physical servers it was running by 20 per cent, helping the charity to meet its environmental commitments by reducing the power consumption of both physical machines and the air conditioning systems needed to cool them.

“We used to have 20 servers, we now have 16 running virtual machines,” says John Thompson, Comic Relief’s head of IT.

Simon Evans is director of information services at Southgate College in north London, and is in the process of consolidating 50 physical servers into 35 using VMware ESX as well as replacing 600 legacy desktop PCs with VMware’s virtual desktop infrastructure (VDI) software and thin clients. The college spent £250,000 on VMware products, servers, storage area network (SAN) equipment and professional services, which Evans says represents a saving of £450,000 on the £700,000 that would be needed to buy like-for-like replacements for the servers and desktops the college already owned. He also expects to shave £28,000 a year off the college’s electricity bill and £1,200 from annual computer maintenance.

“The key is to take a phased approach, especially when migrating servers,” says Evans.

Like Southgate College, Comic Relief took the opportunity to simultaneously virtualise its storage capacity while introducing VMware. It installed a Compellent SAN appliance loaded with thin provisioning software to make the most of unused data capacity across its network. This allowed it to increase use and create virtual storage areas that can be quickly expanded to accommodate rapidly growing datasets.

“Our data grows exponentially with every one of our campaigns and we need to add flexible capacity as our needs grow. Our total capacity is now 15TB, with about 4TB currently available,” says Thompson.

Online gambling firm Betfair is six months into a sweeping three-year virtualisation programme that will eventually see between 8,000 and 10,000 virtual servers filling its own racks hosted in a Guernsey datacentre. The main driver behind the project is the need to conserve space.

“If we continue to grow at our current rate, we will need a datacentre the size of a football pitch to accommodate all the servers,” says information systems manager Tony Rigby. “Which from a financial perspective is not the thing to do.”
Next Page 1 2 3 Single page
Got a news tip for our journalists? Share it with us anonymously here.
Copyright © 2010 Computing
Tags:
forhardwarehottipsvirtualisation