Fear of China masks the work of other web spies 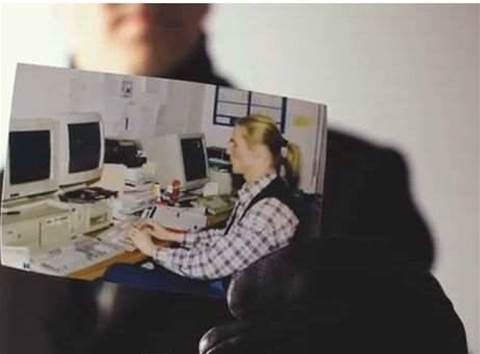 F-Secure CEO Mikko Hypponen has accused 'other countries' of scapegoating China to mask their own targeted spy and espionage activities on the internet.

Speaking at the PacSec 2011 conference in Tokyo, Hypponen cast doubt on the idea that one country or source is behind the majority of targeted attacks leveled against large corporates, defence contractors and government agencies.

"These attacks are commonly attributed to the Chinese Government and indeed it looks like a lot of them are coming from a source like that," Hypponen said.

"But whether it's the Chinese Government themselves or whether they are using what we call 'useful idiots' - like global hackers who are encouraged to do this for the Government - we don't really know.

"It's also a safe bet to assume that there are other players in the field as well. Other countries are spying with exactly the same mechanisms, but they try to make their attacks look like it's [from] the Chinese because they're such an easy scapegoat."

Hypponen said it was what he would do if he were to want to launch a targeted attack.

"I'd do everything I could to make it look like it's [from] the Chinese," he said.

"Everybody is just going to assume it's [from] the Chinese, even if it's not [them]."

Hypponen spent much of his speech deconstructing a series of recent attacks where users have been tricked into opening malicious attachments that arrive by email.

Although there had been a spate of high-profile cases - such as Mitsubishi Heavy Industries and RSA - Hypponen said that similar targeted attacks had been occuring since at least 2005, and perhaps a year or two earlier.

"These attacks almost always have the same blueprint," he said.

"They are almost always attacks that start with an email ... coming from a trusted sender, from someone the recipient knows, and it speaks about normal things - work issues, projects, plans, meetings - stuff that's actually happening."

The language used in the emails was local and fluent - no "Google translations" - and F-Secure had tracked the emails in at least 30 different languages.

"Whoever the attacker is, they have the resources to pull this off in at least 30 different languages," Hypponen said.

The emails also come with an attachment, "almost always a document file" such as a PDF, Word, Excel or PowerPoint file.

The file is typically made up of several components, he said. One is the actual file, the other an exploit.

PDF files that exploit vulnerabilities in Adobe Reader are the most common, accounting for 61.2 percent of all cases analysed by Hypponen's team since 2005.

"You open this files in any other reader than Adobe Reader and there is no exploit."

Hypponen said it was uncommon for targeted attacks to use "zero-days" - that is, to take advantage of a vulnerability the same day it becomes known.

"Sometimes they are, but obviously the attackers aren't wasting their zero days if they don't have to," he said.

"In most cases they can find some known vulnerability which the target organisation hasn't patched yet."

Hypponen demonstrated an example of a malicious PDF file being opened on an otherwise empty virtual machine running Windows XP SP2. The file contained an executable that gave the attacker full access to the machine and the local area network it was connected to.

He said that users did not typically notice the executable being installed, although there were tell-tale signs they had been owned.

The signs included watching the application that the file requires crash, before reopening, and checking that the emailed file name matches the one that opens.

Most times it was IT administrators - rather than users - who noticed by looking at firewall logs or detecting "weird outbound connections," Hypponen said.

One way to prevent being hit by attacks that exploited holes in Adobe Reader was to "get rid of it" altogether, Hypponen said.

The suggestion mirrored that he made at the SecTOR conference in Canada last month, where he made a similar suggestion.

"The solution is obvious - make sure you don't have a single installation in your organisation which would require Adobe Reader," Hypponen said.

"I can't understand why Adobe Reader became the de facto reader because it's not a good reader. It's huge, slow, crashes, is vulnerable and there's tons of replacements - free replacements.

So I can't understand why everybody still continues to run Adobe Reader. Get rid of [it]."

He recommended use of the Microsoft EMET (enhanced mitigation experience) toolkit to defend against advanced persistent threats that used Microsoft document files.