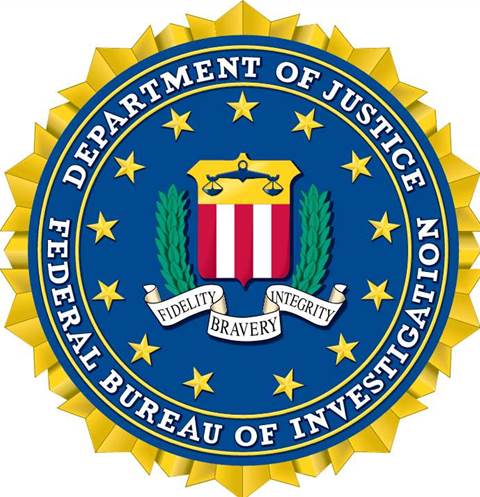 LulzSec hacker Sabu has been unmasked by the FBI as a 28-year-old New York man named Hector Xavier Monsegur.

Monsegur, allegedly a core member of the hacking group which attacked several major sites last year, faces the prospect 124 years in prison after his secret arrest and guilty plea in a US Court in August.

US cable channel Fox News alleged Sabu had been "working for the FBI" since his arrest. The news channel implied that it had led authorities to lay charges on others that had allegedley hacked systems under the Anonymous, LulzSec or Internet Feds banners.

Monsegur participated in a hack of Fox in "early 2011", making off with data on contestants from the reality show X-Factor, according to court documents unsealed on Tuesday.

The suggestion that the FBI received inside assistance to dismantle LulzSec cast doubt over claims by CloudFlare at RSA's annual conference last week that a British IP address accessing its service had been the key breakthrough for authorities.

Monsegur is named by the FBI as a "principal member" of LulzSec.

Anonymous took to Twitter in the wake of the unsealed court documents to distance the collective from Monsegur and downplay the importance of the latest arrests.

"LulzSec has been dead for a while," it said.

"We all know that @anonymouSabu is now controlled by feds. We have blocked the account and we suggest you do as well."

Monsegur pled guilty to charges stemming from hacks of HBGary, Sony Pictures Entertainment, Fox Broadcasting and PBS, among others, according to an FBI statement.

The FBI also announced the arrest of Jeremy Hammond, a 27-year-old Chicago resident charged in connection to the hack of security intelligence firm Stratfor.

Hammond is alleged to have operated under a slew of pseudonyms and has been charged with three offences, each carrying prison terms up to ten years.

The Stratfor hack produced a vast trove of emails, said to number up to five million messages. They are slowly being leaked by WikiLeaks.

The FBI also said charges had been laid against a 19-year-old Irish man in connection to the embarrassing hack of a phone call between the FBI and Scotland Yard in January.

A recording of the conversation was made public last month.

Donncha O'Cearrbhail, also known as "palladium", faces charges that collectively carry a prison term of up to 15 years.

"Because the... officer had forwarded work emails to a personal account, O'Cearrbhail learned information about how to access a conference call that the Garda, the FBI, and other law enforcement agencies were planning to hold on January 17, 2012 regarding international investigations of Anonymous and other hacking groups," the FBI alleged.

"O'Cearrbhail then accessed and secretly recorded the January 17 international law enforcement conference call, and then disseminated the illegally-obtained recording to others."

The unsealed documents on Monsegur raised further alarm within Anonymous over further cooperation by current or ex-members with law enforcement.

The document, posted to Scribd, stated Monsegur had been "invited by a co-conspirator not named as a defendant herein to participate in 'Internet Feds', a group of elite computer hackers affiliated with Anonymous that undertook cyber attacks on the computer systems of various business and government entities in the United States and throughout the world".