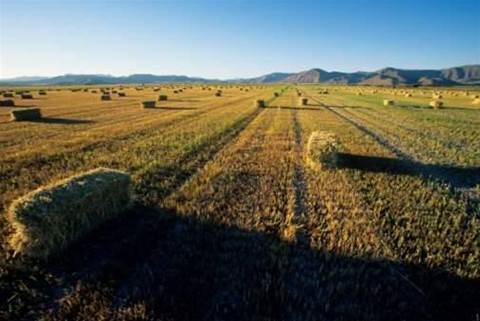 Agricultural interest groups have pushed the Australian Government to consider rolling out optical networks beyond the 93 percent planned under the National Broadband Network.

In a submission to the current Regional Telecommunications Independent Review, the National Farmers Federation warned of a widening gap between metropolitan and rural areas in terms of telecommunications services.

The national body called for minimum service standards for farmers and regional communities but did not specifically focus on the technical aspects of the NBN rollout.

"It is important that people living in rural Australia are not disadvantaged, and that services are delivered to rural Australians at metro-comparable prices – meaning they are equitable and affordable," it said in a submission [pdf].

State-based farming lobbyists were somewhat more direct in their submissions. The NSW Farmers Association called for NBN Co to roll out fibre beyond the 93 percent of premises under the current plan, concerned about gaps in speed, ping times and jitter between the fibre, fixed wireless and satellite components of the network.

The Association recommended [pdf] the review committee "enact a Quality of Service agreement between NBN Co and the Australian Government to cover the fixed wireless and satellite elements of the NBN", amid fears satellite connections will be insufficient for use in outback Australia.

The Western Australian Farmers' Federation [pdf] expressed concerns that outback Australians suffered under "second or third-rate telecommunications service", despite the Federal Government having undertaken two prior reviews into regional telecommunications.

NBN Co has previously dismissed calls for fibre rollout beyond the 93 percent of urban and regional premises, claiming the cost gap is too high.

Smart farms way of the future

An academic at the University of New England working on developing new agricultural technologies said the interim satellite service already offered to farmers, as well as permanent services planned under the NBN, should be sufficient for business use.

David Lamb, a researcher at the University of New England in Armidale, said the 1 to 6 Mbps downstream speeds offered over NBN Co's interim satellite service was sufficient for most farmers to enhance their business.

Lamb's precision agricultural research group plans to turn 2500 hectares of farmland adjoining the university campus into a demonstration centre for new agricultural technologies that the group expects will become easier to deploy under the NBN.

The farmland will be a test-bed for technologies developed by the university and third parties, including soil moisture mapping and livestock tracking systems.

The researchers also intend to map their findings across a three-dimensional render of the farmland for use by farmers and service providers.

These services will be connected to off-site processing via fibre networks, but Lamb said the technologies would be optimised to work over an NBN satellite connection.

"The NBN isn't necessarily enabling each and every one of these technologies - a lot of these have been developed and designed around not having good connectivity around Australia," he told iTnews.

"What the NBN does is offer the opportunity to backhaul significant information to service providers, and from service providers back to the farm in an interactive form that allows the farmer to get valuable intelligence out of it."

Lamb said NBN Co's interim satellite product currently offered to rural Australian premises would become the "canary" of what is capable over a satellite connection.

However, he was confident much of the services planned for the smart farm would work well over the connection - even if many of them were running concurrently.

"Ultimately you bring in a live hook-up between a farm and a service provider through Skype with an extra layer of activity around the visual interrogation of map data, you can do that with 1 Mbps," he said.

The soil moisture and livestock tracking technologies will rely largely on radio-frequency triangulation, with data collected at a server kept in the farmhouse.

Much of the processing and analysis would be done by niche service providers off-site.

It could then be used to send alerts to farmers by SMS or notifications on issues with animals on the farm or determine where best to sow seeds.

"If I've got an animal moving around the landscape and it suddenly falls ill or it's got internal parasites, it's behaviours will change suddenly," he said. "You need to understand what the fingerprint of normal behaviour is and then you need to draw up an algorithm that will discriminate between normal and abnormal behaviour and give you an alert."

Lamb said he hoped NBN connections at farms would help proliferation of interactive videoconferencing between farmers and service providers, allowing many of them to more easily communicate and provide analysis or troubleshooting on regular farm activities.

The university expects to finish first stage deployment of technologies by the middle of next year, which would enable it to begin using the farm as a demonstration centre for other farmers, service providers and ultimately schools and universities.