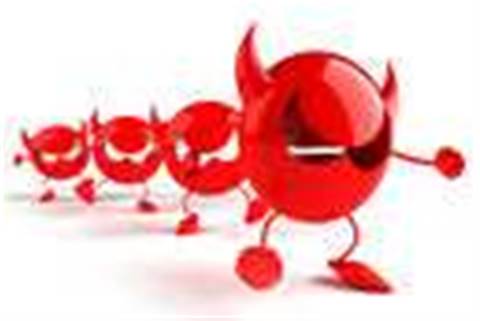 This year has seen a significant spike in fake anti-virus proliferation, to the extent that 40 per cent of rogueware was created in 2010.

Panda Security, which has been tracking fake anti-virus threats for four years, has detected 5,651,786 unique rogueware strains in that time. Of those, 2,285,629 appeared between January and October 2010.

Furthermore, 11.6 per cent of all computer threats gathered over the last 21 years were rogueware, while 5.4 per cent of computers today have been infected with fake anti-virus.

Given the threat has been around for a relatively short amount of time, the progression of fake anti-virus has been astonishing, Panda said.

Criminals have earned a significant amount of money from these projects, with software authors making over £21 million a month or around £260 million a year overall, according to Panda figures.

"The rogueware situation is very serious and growing as cyber criminals continue to create new methods for developing and distributing malware, with social networks proving to be an effective channel to infect users," said Luis Corrons, technical director at PandaLabs.

"In order to fight the war against cyber crime, grassroots awareness, advocacy and individual user education will continue to be important. Anti-virus companies must play a fundamental role in exposing the problem in near real-time and presenting solutions along the way."

At the most recent count, hackers behind the SystemGuard2009 software were the most successful rogueware pushers, with 12.51 per cent of all fake anti-virus infections perpetrated by that version.

Got a news tip for our journalists? Share it with us anonymously here.
Copyright © ITPro, Dennis Publishing
Tags:
2010 antivirus fake in security skyrockets