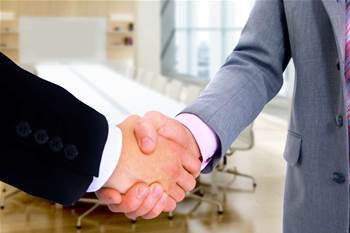 Facebook and Yahoo have signed a new agreement that will see the two companies strengthen content sharing and advertising deals, while also settling ongoing patent lawsuits.

The pact settles accusations of technology patent infringement that began under the stewardship of ex-Yahoo chief executive Scott Thompson, ousted after a scandal erupted over inaccuracies in his resume.

The strategic deal — which expands an existing multi-year tie-up that involved mainly allowing Facebook users to share Yahoo content — encompasses cross-licensing of patents and collaboration on advertising offerings during major media events such as the Olympics or annual Super Bowl.

"I'm pleased that we were able to resolve this in a positive manner and look forward to partnering closely with Ross and the leadership at Yahoo," Sheryl Sandberg, Facebook's chief operating officer, said in a statement.

Yahoo, the once iconic Internet company, has struggled to find its footing in a digital world dominated by the likes of Apple, Google, Facebook, and Twitter.

The company's leadership has been in a state of upheaval since turning down Microsoft's $US44 billion takeover offer in 2008, plowing through four chief executives in as many years. The company would not say when a final decision on a permanent CEO will be made.

Yahoo's lawsuit had invited some criticism that it was trying to wring cash out of a company about to go public in Silicon Valley's largest coming-out party.

It sued Facebook in March, claiming the number one social networking company infringed 10 patents including several that cover online advertising technology. In its lawsuit, the company said Facebook was considered "one of the worst performing sites for advertising" prior to adopting Yahoo's ideas.

Facebook, which went public in May, filed a countersuit of its own a month later and called Yahoo short-sighted for its decision to prioritize "litigation over innovation"

Facebook has been beefing up its patents arsenal. In April, it announced to deal to pay Microsoft $US550 million for hundreds of patents that originated with AOL.