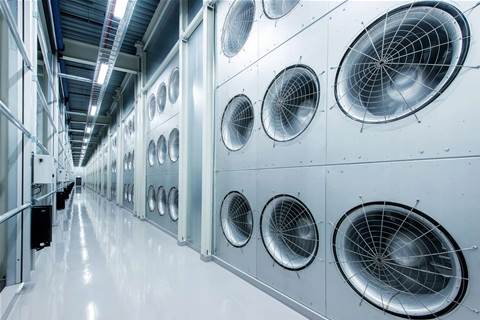 A complaint filed in the District Court of San Jose, California by BRG and its intellectual property licensor Bripco alleges Facebook's revolutionary rapid deployment data centre (RDDC) approach was in fact not its own idea, but instead was developed by BRG.

"What Facebook did not disclose, however, was that this methodology and the detailed know-how supporting its use had in fact been stolen by Facebook from BRG," the heavily redacted court document sighted by iTnews reads.

The new method of using pre-fabricated parts and a modular design for data centres had been developed by the British company since the late 2000s, and were known as BladeRooms, the complaint claims.

BRG approached Facebook's infrastructure team about building modular data centres for the US company. However, the contract for the Sweden Facebook facility and others were instead awarded to St Louis, Missouri-based Emerson using, BRG alleges, the British company's trade secrets and intellectual property.

The UK modular data centre builder said it might have kept quiet about Facebook allegedly purloining its designs, had they not been publicised on the OpenCompute project website.

"... Facebook went further when it decided to encourage others to use BRG's intellectual property as well as revealing BRG's confidential information through an initiative called the 'OpenCompute project'," the complaint said.

The British company believes the social network's breaches have "caused and continue to cause" it "irreparable harm" that "cannot be fully redressed through damages alone".

BRG wants injunctive relief from Facebook, "including restitution of amounts sufficient to disgorge Facebook of all profits, cost savings and reputational enhancement it realised and losses averted" but the exact amount of money sought was not revealed.