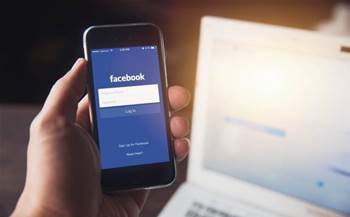 Facebook is facing a class action in Australia for allegedly breaching privacy laws over the Cambridge Analytica data harvesting scandal.

ASX listed global litigation funder IMF Bentham on Tuesday told investors and potential victims it is seeking to work up a compensation claim for the more than 300,000 Australians believed to have had their data improperly shared by the social network.

In a statement the company said it had lodged a representative complaint with the Office of the Australia Information Commissioner (OAIC) that seeks compensation for “alleged breaches of the Australian Privacy Principles contained in the Privacy Act 1998”.

“The alleged breaches surround the circumstances in which a third party, Cambridge Analytica, gained unauthorised access to users’ profiles and information,” the company said.

“The complaint seeks financial recompense for the unauthorised access to, and use of, their personal data.”

OAIC is conducting its own investigation into whether Facebook breached the Privacy Act, which obligates organisations to ensure customers are notified about the collection and handling of their personal information.

Acting Australian Information Commissioner and Acting Privacy Commissioner, Angelene Falk has previously said that the probe could take longer than the six-to-eight months it usually takes to finalise Commissioner-initiated investigations.

IMF wants Australians caught up in the scandal to join the class action by 27th July on a “no win – no pay basis”.

This means that people signing up to the action don't have to pay any legal fees up-front, with a lawyer's cut being taken from compensation if the case is won and are not stung with costs if the case is lost because the action is underwritten.

It said it would work with Slattery Lawyers to investigate whether the claim for compensation was possible.

Other notable class actions in Australia started by IMF include claims representing shareholders of AMP, Brambles and CBA.