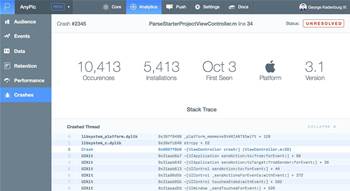 Disabling apps one by one.

Facebook will officially shut down the Parse developer platform it acquired just three years ago by the end of the month, with all apps using the API to be disabled today.

Facebook first warned developers that the service would be shut down just over a year ago.

The news came as somewhat of a surprise to developers who relied on Parse for push notification, analytics, and a backend for their apps, especially given that at the time, Parse had launched new tools for Apple's watchOS and tvOS just a month earlier and promised future updates.

Parse said developers not keen to rewrite their apps for a new backend provider could use a provided migration guide to make their apps work on an open source Parse server running on Heroku, or with an independent MongoDB instance.

Facebook at the time attributed its decision to a plan to focus more on creating "high-impact products and services in areas like analytics, monetisation, discovery, and authentication."

Parse today confirmed that the service would be disabled throughout the day and shut down by the end of the month.
"Throughout the day we will be disabling the Parse API on an app-by-app basis. When your app is disabled, you will not be able to access the data browser or export any data, and your applications will no longer be able to access the Parse API," it said in a notice.

"If you still have data on Parse that you would like to save, you should export your Parse data as soon as possible. See our database migration guide for more information on how to do this. If you need to run your own open-source Parse server, see the Parse Server documentation for help."

Parse co-founder Kevin Lacker said the company was "very grateful for the Parse community of talented developers" and "hope this transition has been as straightforward as possible".