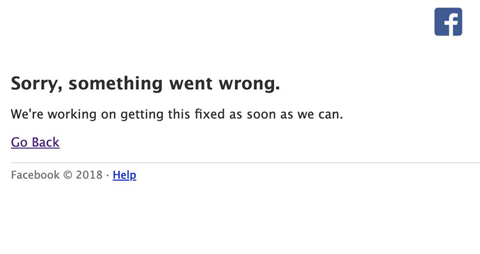 Social media giant Facebook is in the midst of a worldwide outage this morning, with users reporting that they can't reach the company's main site or use the Instagram, WhatsApp and Messenger apps.

We’re aware that some people are currently having trouble accessing the Facebook family of apps. We’re working to resolve the issue as soon as possible.

While it has not yet provided a reason for the outage, Facebook said it was not caused by a distributed denial of service (DDoS) attack.

iTnews confirmed that attempting to connect to Facebook and Messenger throws up an error message currently, but Instagram and WhatsApp are working.

The outage appears to have started at 2 am AEST.