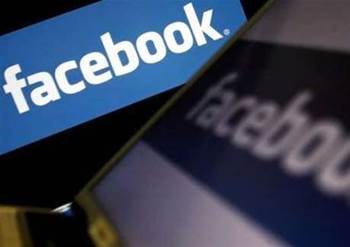 Facebook passed the 1 billion user mark in September, after eight years in business and a bruising first four months in the stock market.

The social network, which listed on the Nasdaq on May 18, has acknowledged that a slowdown in new-user acquisition is inevitable as its worldwide reach expands.

Facebook won 54 million new users in the previous quarter, from April to June -- way down from the 102 million users who joined during the first three months of 2012.

In an interview on NBC's "Today" show broadcast on Thursday, CEO Mark Zuckerberg was asked by co-anchor Matt Lauer how, with a billion users, the company wasn't "killing it" by making money.

"It depends on your definition of 'killing it.' I mean, we are making billions of dollars," Zuckerberg fired back.

In its last earnings report, Facebook said revenue increased by 32 percent to $US1.18 billion in the second quarter. But that marked the slowest pace of quarterly revenue growth since the first quarter of 2011 - the earliest data available.

Founded by Zuckerberg in a Harvard dorm in 2004, Facebook took three years to reach 50 million users.

By 2010, that hit 500 million. But with Google launching its own social network and other services from Twitter to YouTube vying for Web surfers' time, the social network is keen to keep rolling out new products to keep its members engaged.

"The key, of course, is monetisation of those users," Hudson Square analyst Dan Ernst said.

Facebook has been working to address criticism over the efficacy of its ads, concerns about its mobile business and questions over growth in the past month, with Zuckerberg talking up the company's mobile prospects and hinting at new initiatives in search and e-commerce.

Zuckerberg said the company's new mobile ads were delivering better results for advertisers than its traditional ads on personal computers.

The company reported having 600 million mobile users, up from 543 million at the end of June.

"There's 5 billion people in the world who have phones, so we should be able to serve many more people and grow the user base there," Zuckerberg said.

Facebook's share price and persistent, skeptical scrutiny of the company have taken a toll on its employees, many of whom had counted on a big post-IPO payday.

Zuckerberg acknowledged that morale at the company could be better but said its 4000 employees remained focused on building and improving Facebook's products.

"We are obviously in a tough cycle now," he said. "That doesn't help morale."

Facebook has rolled out a spate of initiatives to spur more growth, including a new advertising platform and measurement methods to show marketers they are getting bang for their buck.

The company also said on Thursday it has seen 1.13 trillion "likes," or endorsements by users, since it launched the feature in February 2009. Many advertising campaigns that companies conduct on Facebook are designed to garner "likes."

But it is also exploring options beyond advertising, which accounted for roughly 84 percent of the total revenue in the second quarter. On Wednesday, the company also said it was letting US users pay a fee to boost the visibility of their posting.

Last week, Facebook unveiled a feature that lets US users buy and send gifts such as glasses, pastries and gift cards to friends - signaling its intent to play a bigger role in e-commerce.

On Thursday, Zuckerberg focused on what he called an historic milestone: connecting about one in seven people on the planet across both the developed and developing world.

Facebook was the world's third most visited Internet property, behind Microsoft online properties, with 821.5 million monthly unique visitors in August, according to comScore's figures, which do not include users accessing websites on mobile devices.

The median age of Facebook's users is 22. The five largest user countries, which the company listed alphabetically, are Brazil, India, Indonesia, Mexico and the United States.

"Helping a billion people connect is amazing, humbling and by far the thing I am most proud of in my life," Zuckerberg said in his blog post.