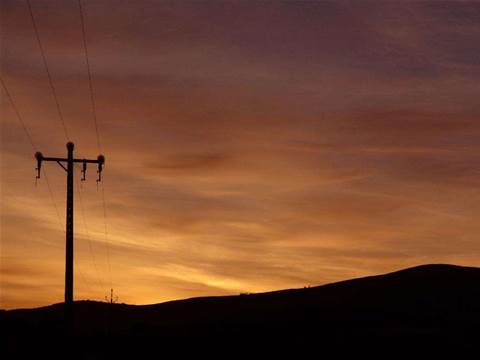 NBN should be allowed to develop a separate wholesale business to develop products such as data backhaul connections for improved broadband service and mobile coverage in regional areas, a landmark review has recommended.

Between May and August this year, the regional telecommunications review committee looked into whether or not people in regional, rural and remote parts of Australia have equitable access to telecomms services compared their urban counterparts.

The consulation highlighted issues such as the importance of mobile service coverage, maximising the benefits from the NBN rollout and the need to develop consumer safeguards.

Regional Australians are more dependent on good mobile coverage than urbanites, the report found. While substantial gains have been made in improving mobile coverage and would continue through the mobile black spot program (MBSP), more needed to be done, the report said.

Presently, 70 percent of Australia's land mass has no mobile coverage, and service is poor in many other areas, requiring novel approaches to meet the economic challenges of extending existing high speed mobile networks to reach those geographies.

The review suggest a more granular approach to determining the costs and benefits of deploying public funds to fill market gaps in investment to improve mobile coverage.

Highway coverage could be improved with recipients of government road and freight funding committing to communications deployments - or upgrades - as part of loans and grants.

The NBN deployment should be leveraged for applications beyond user broadband provision, the review recommended.

It suggested connecting agricultural sensors and tracking wide area low-bandwidth networks to the NBN (and carriers).

It could use its wireless towers and data backhaul networks to assist carriers interested in investing in or upgrading existing infrastructure in regional Australia.

The review team criticised NBN, however, for the way it had handled the rollout of satellite services  in some of the most remote areas of Australia.

"The committee considers that the application of the interim satellite service (ISS) fair use policy has had unacceptable consequences," the report said.

For the long term satellite service (LTSS), the NBN fair use policy and pricing structures need to encourage retail service providers to better manage demand, to minimise the detrimental effect of traffic shaping and suspension of users, the report said.

Customers should be able to monitor their own usage and get alerts when they reach their caps, well before they hit their limits and are shaped or cut off.

Present data caps in regional areas are also too low for users to effectively manage businesses, the report said, and called for differentiated retail products to be developed, along with future planning for increased capacity utlisation of the networks.

Due to the changing telecommunications landscape that has seen users increasingly use mobile phones instead of landlines, the review noted that funding the latter was questionable from a cost-effectiveness point.

The review suggested that as the majority of consumers will not use the copper phone network to make calls and instead communicate via mobiles, internet voice providers and social media, the federal government should develop new technology neutral standards.