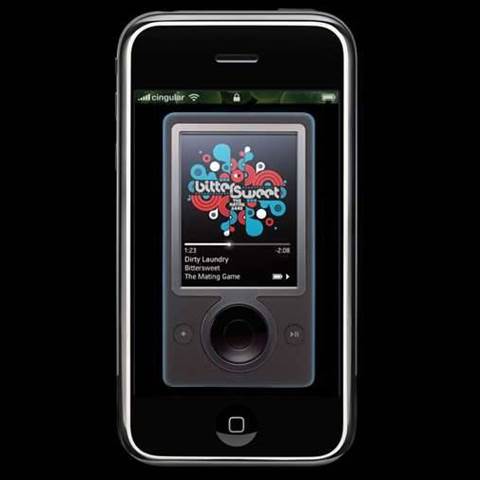 New device not as clever as some think, says ABI Research.

Industry experts have warned that Apple's iPhone is "no smartphone" and is not as technologically advanced as many reports would suggest.

Senior ABI Research analysts Stuart Carlaw, wireless research director, and Philip Solis, principal mobile broadband analyst, pointed out that, while the iPhone is "undoubtedly clever and capable, it is not actually a smartphone".

"Consumers will not be willing to settle for a second-rate cellphone just to have superior music," said Carlaw.

"Apple must get the phone engineering part of the equation right, and it is difficult to see how it will accomplish this with no track record in the industry.

"Even though it is working with some prominent suppliers, the task of putting all the building blocks together cannot be underestimated."

Apple's iPhone runs the Mac OS X operating system, so at first glance it would seem to fall into the smartphone category which might help to justify its $500+ price tag.

But Solis pointed out that the device will be closed to third-party applications. "Therefore we must conclude at this point that, based on our current definition, the iPhone is not a smartphone: it is a very high-end feature phone," he said.

Solis went on to explain that feature phone functionality is dictated by the software which controls the hardware.

Such devices are closed and controlled by an operator or device manufacturer, whereas smartphones are supported by a third-party ecosystem in which independent software vendors compete to create commercially successful apps.

"Feature phones have third-party applications too, but these are relatively weak and limited applications that work with the middleware such as Java and Brew," explained Solis.

"Applications designed for smartphones can be written to access core functionality from the operating system itself, and are therefore usually more powerful and efficient.

Got a news tip for our journalists? Share it with us anonymously here.
Copyright ©v3.co.uk
Tags:
apple experts hardware iphone is no smartphone warn