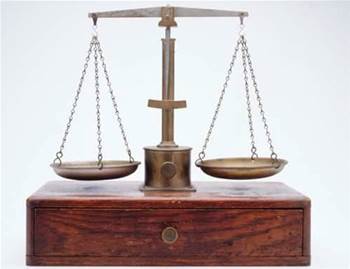 Changes its off-peak fixed limit to a limit based on an average.

ISP Exetel has changed some of its subscriber's plans from a fixed off-peak download limit to a limit based on an average that users can check every day.

"We are moving to increasing the 'off peak' period from a fixed limit to a limit based on available spare capacity," Exetel CEO John Linton told iTnews.

The strategy is similar to a plan released by Optus in 2000, in which fair use was defined as being within ten times the average downloads of other users on the network.

Exetel's new limit, added to its acceptable usage policy, was introduced on Monday and backdated to November 1.

However, at approximately 1PM AEDST today Exetel updated its usage policy on its web site to instead begin on December 1, after customers told the company that it was unfair to adhere to a policy if they had already begun downloading for the month of November.

The new policy stipulates that subscribers who are on Exetel's "uncharged" off-peak plans must keep under a limit of three times the average of all other customers in the off-peak period.

The off-peak period is between 12pm till 12am.

An Exetel representative on the company's forum said the average for the month of October was 26.5 gigabytes. This would see customers having a limit of 79.5 gigabytes per month during their off-peak period if the limit was enforced in October.

If Exetel customers do not adhere to the average limit they would be told to switch plans or change ISPs.

"Exetel will deem any individual customer who downloads more than three times the average of all other customers on these types of plans in any period as 'unfair users' and will ask such customers to move to another Exetel plan or to move to another provider," the new usage policy states.

Also added to the usage policy at approximately 1PM AEDST today was promise from the ISP that the maximum usage allowed would "never be less than 60 Gigabytes per month".

"Well, at least they finally fixed up that mess," said Whirlpool forum user 7twenty. "They just needed to state that from the beginning."

Exetel also added the words "NO CHARGE DOES NOT MEAN UNLIMITED" underneath the list of plans on its web site after customers posting to the Whirlpool forum suggested they could now download as much as they wanted.

Exetel CEO John Linton said the change would benefit some two percent of its customer base who would otherwise be charged for downloads that exceeded a stated limit.

"[It] would have meant that a user would have been able to download 75 gigabytes for no extra charge instead of being charged an additional $45.00," Linton said.

"To do this we will advise, on a daily basis, how much can be downloaded from a moment in time to the end of the month."

He reminded users that there were "many tools" available for people who wished to keep an eye on their downloads.

"I would further say that these plans shouldn't be used by people who think they can't keep under the limit because they will be asked to move to a different type of plan or other provider - no exceptions."