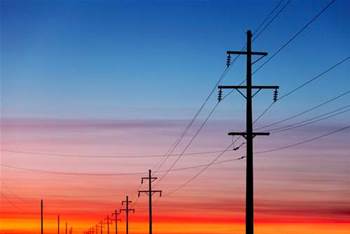 Western Power has proposed a five-year ICT budget of $529 million as part of long-term strategy to bring its electricity network back into shape.

The utility has submitted a five-year investment plan to the Economic Regulation Authority (ERA) in Western Australia for assessment and public comment.

Topline details for the $8.5 billion proposal were shared last month.

However, iTnews can now reveal a breakdown of how much Western Power plans to invest in IT projects, industrial control systems and smart grids.

The utility has asked for $174 million for capital investment in "IT business systems". It forecast an additional $29 million for associated operating expenses for those systems.

"The key drivers of this investment are the condition of existing IT assets and the need to meet and maintain current network standards," a Western Power spokesman said.

"The majority of this expenditure relates to the design, sourcing and execution of major enterprise systems transformation initiatives to improve our operations and improve the efficiency of our IT systems."

A further $108 million in capital expenditure and $101 million in operating expenditure is proposed for Supervisory Control And Data Acquisition (SCADA) systems and communications.

"This will enable the real-time monitoring and automation of our transmission and distribution assets and enhances our ability to detect and respond to faults quickly and operate the system efficiently," the spokesman said.

"Operating expenditure covers operation of the radio network, SCADA and communications systems for the distribution and transmission network."

Western Power has sought a further $91 million for capital investment in 'smart technology' as it prepares for a future of intelligent networks and smart grids.

The $91 million would be spent on replacing 280,000 three-phase electricity meters that are unsuitable for smart grid use, and for supporting communications and IT infrastructure for all meters.

It would also be put towards "continued investigation of emerging technology that can improve the effectiveness of demand-side management and 'smart' energy solutions", the spokesman said.

Operating expenses for the smart grid came in at $26 million. They included expenses for "managing smart meters, communications systems, network management and IT systems and customer education and engagement."

"The network is effectively reaching the end of its useful and safe life," Aberle said.

"There were many years where levels of investment were below the amount required for asset replacement and we needed to overcome that legacy while working within economic and resourcing constraints.

"This has to be done while managing the challenge of replacing parts of the network and still supplying power.

"This five year investment plan is part of a longer twenty year plan to bring the network into shape."

The ERA is due to subject the proposal to a rigorous review process that is expected to take up to 12 months to complete.