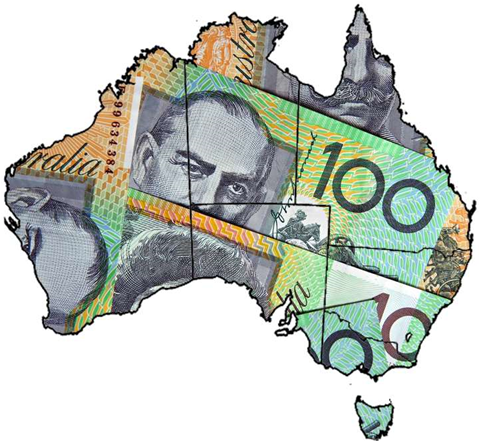 Scam websites continue to operate amid claims that investigation stalls.

Queensland Police has been accused by its southern counterparts in NSW of stalling an investigation into an active online betting scam in the state which has seen scores of people fleeced of hundreds of thousands of dollars.

Investigations by NSW Police into the betting ring late last year exposed more than a dozen scam websites, each allegedly linked to a Queensland man.

At that time, NSW Police received reports that individuals in the state lost tens of thousands of dollars by signing up to scams promising high yield returns on sports betting.

Investigating officers were denied a request to apprehend the Queensland man and under orders from superiors were told to refer the case to Queensland Police.

The investigation, including a listing of more than a dozen websites, IP addresses, bank account details and residential addresses seen by SC were handed over to the Queensland Police fraud investigation unit in January this year.

But some 8 months later, at least two of the fraudulent web sites continue to operate under the nose of authorities.

Queensland Police refused to comment on the allegations or discuss the case. It told SC that "the matter is currently being assessed by the Fraud and Corporate Crime Group [and] it would be inappropriate to comment any further at this stage."

The agency could not confirm during a return call if the assessment constituted a formal investigation.

A NSW police source close to the case was understood to be furious at a perceived lack of action by officers north of the border.

However, SC understands an internal protocol signed by state police commissioners means that the case should be referred to Queensland, but would not explicitly deny NSW officers the ability to arrest the man.

“I would love [the suspect] to be down here,” the source said. “We could get him, no problems.”

During the stalled operation, dozens more victims have been scammed for tens of thousands of dollars.

Victim reports pour into NSW police on an almost daily basis. Late last week, it received separate reports of victims being scammed $60,000 and $56,000, and two cases of individuals losing $20,000 to the same betting scam.

One recent victim included an elderly Grafton grandmother who was robbed of $80,000 in life savings and was reportedly suicidal.

Another group of Sydney dock workers were also scammed and had threatened violence against the scammer.

SC has seen CCTV footage of the suspect collected in the investigation as he withdrew funds from a teller machine near his Gold Coast residence, along with photographs and personal details of his family and friends who were suspected of involvement in the scam.

SC has suppressed those details amid threats of violence against the man.

The investigation revealed an intricate web of legitimate-looking scam sites operated by the Queensland man.

Tablink Sportsbet, active at the time of writing, had scammed victims for hundreds of thousands of dollars.  It masqueraded as a legitimate betting web site with a user portal where victims could deposit funds and offered punters the chance to bet on sports matches including AFL, Rugby League and Cricket.

But the most damaging of the web sites according to police sources was Excellence IV, a so-called sports arbitrage site described as hawking “high yield, short-term investment solutions that capitalise in fluctuations in the sporting market”.

The site, which was down at the time of writing, encouraged victims to hand over a minimum of $5000 “for the most effective returns” which it promised to trade on “global sports trading markets” using proprietary technology that “guarantee high profits”.

It guaranteed “100 per cent risk free” investments and “healthy and compounding returns on a customer’s capital”.

Another web site Proficient Sports was a duplicate of the former in all but name and had also claimed a string of victims.

Frustrated NSW Police officers have fielded a barrage of complaints from helpless victims scammed by the fraud ring.

Last week, workers from Sydney’s docks called police after the men were scammed for tens of thousands of dollars.

Officers were understood to have informed the men of the slow progress of the case at which point they threatened to kill the Queensland scammer should they become aware of his whereabouts.

But even a cursory web search produced a trail of alleged victim accounts. One unnamed victim said they had lost $5000 invested in an account with Tablink Sportsbet, a site ostensibly operated by shell company Proficient First. “We thought we would contact Proficient First and here we hit a wall,” the victim wrote.

“Their phone number it says is not connected, so I (sic) check with Telstra [which said] they have no record of the company. I send (sic) a fax asking them to contact me [and] in the mean time I send (sic) the paperwork to withdraw funds. This is supposed to take 72 hours - that was seven days ago. Today Proficient First finally rings me back and tells me they have moved, but didn’t change contact details and that Tablink wasn’t releasing any funds, and that they were working on it and would let us know when and if things changed.”

“[I’ve] been scammed by Proficient First PTY LTD to tune of $15,000. Do you have any insight to this company that could help me get my money back?” another victim asked a legal web site.

Another victim: “I invested $10,000 into a Tablink Sportsbet account that Proficient First had permission to make bets on my behalf. They get 20 per cent of all winnings. When it appeared to be winning they rang back and asked if I wanted to open another account which I said yes. The accounts were both winning and when I tried to withdraw some funds they said no money can be taken out until I paid them 20 percent. But I said once the money was withdrawn I would pay them from the winnings rather than pay them more money out of my pocket. This has now been going on for 2 months and now Tablink Sportsbet keep saying that I am placed in a queue.”

State cybercrime police were well known in security circles to be under-resourced and ill equipped to handle what is a rising workload in cybercrime cases.

Officers in all Australian states have told SC their desks “sag” under the weight of victim reports. They field inquiries from cybercrime cases ranging from phishing scams, to fraud rings.

The better resourced Australian Federal Police (AFP) investigated crimes pertaining to telecommunications, such as the recent AAPT Melbourne IT hack, and those affecting federal government agencies.

Cases still awaiting investigation by NSW Police include an individual allegedly fleeced a whopping $1.8 million by an online scammer and another woman who reportedly lost $500,000 in an online romance scam.

The pileup has seen SC field inquiries from frustrated victims of fraud who claim police were too busy to investigate their cases.

Adding strain to the workload is the difficulty in proving online crime and prosecuting offenders across borders. Police say Australia’s ascension to the European Convention on Cybercrime would help with prosecution of offenders located outside of Australia.

In the case of the Queensland fraudster, police sources say it could be difficult to prove a scam had taken place noting it was not yet a “slam dunk case”.

“It’s not just a case of following the money. It needs to be disproved that [betting] software was actually fraudulent.”

While the victim count continues to mount, Federal Government agencies like the Australian Competition and Consumer Commission continue to issue consumer scam warnings.

But although sources close to the investigation agree the scam warnings carry some merit, they say they will do little to stem the tide of victims.

“It’s all well and good to warn about these scams, but when victims have nowhere to turn, what good are they?”.