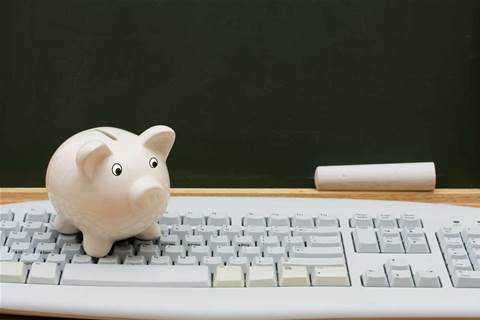 Despite garnering one successful installation under the fibre extension trial, an NBN Co spokeswoman said the company considered the program a success.

A formal process to quote fibre extensions will be released in "the near future", the spokeswoman said.

But NBN Co remains months behind recommendations by a Parliamentary committee in November to tackle it "as a matter of urgency".

NBN Co chief executive Mike Quigley said in a letter [pdf] to committee chairman Rob Oakeshott that costing individual fibre extensions is a "significant diversion of resources" and would only be conducted in those areas "contiguous with our rollout and when we receive an application under a properly defined process".

Continued calls for a formal process by the committee and by communities wanting fibre instead of fixed wireless connections appears to have pushed NBN Co along.

"We're in the process of finalising a formal policy on network extension," NBN Co's spokeswoman said.

She ruled out the possibility of reference pricing for residents interested in receiving a quote.

Instead, "all quotes will be based on actual rather than reference prices to reflect the fact location, distance and accessibility will differ depending on the specific area".

It is understood NBN Co has engaged in discussions with some Tasmanian councils - including those governing the Triabunna and George Town second-release sites in the state's north - to consider larger extensions to the fibre footprint on a council-pays basis.

The discussions come after NBN Co developed a specific quote for the remote town of Julia Creek, at the request of Parliament NBN committee member, Ian Macdonald.

The company determined it would cost $1.14 million to deploy fibre across power poles to 271 premises in the town, which fell below the 1000-plus premises minimum usually required to be involved in the 93 percent fibre footprint.

Community concerns over the extent of the fibre footprint in Tasmania has continued to dog NBN Co's progress in the state, with councils and rallying communities lobbying for further fibre to other areas.

One group in South Hobart had pushed NBN Co, their council and Communications Minister Stephen Conroy's office to review the fibre footprint established for the region, which had been limited to 2400 premises in the second stage of the rollout.

The area was slated to receive detailed construction maps last month, covering up to an additional 22,000 premises in the region as part of NBN Co's first-year rollout schedule.

Stay tuned to iTnews.com.au for a full analysis of the FoI decision and its implications.