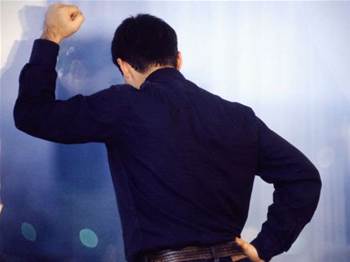 The Federal Government has been accused of fudging the business case for a $10.3 million parliamentary workflow project to favour an internally-built system over existing off-the-shelf products.

The accusations were rejected by the department overseeing the project, but an iTnews investigation reveals parliamentary workflow systems have proven a killing ground for SME suppliers to government for some time.

iTnews revealed last month that the Government would roll out a workflow system, developed by the Department of Education Employment and Work Relations (DEEWR), to 41 agencies.

The system will take the Parliamentary Document Management System (PDMS) as its codebase. PDMS is used by DEEWR portfolio agencies, as well as by AusAID, the Department of Defence, and Department of Industry, Innovation, Science, Research and Tertiary Education.

However, private sector firms that supply some of the 13 incumbent parliamentary workflow systems that are set to be replaced have been left seething at what they perceive to be a lockout from their key area of expertise.

Several suppliers who spoke to iTnews questioned the lack of industry engagement in the lead-up to the Government's decision.

“The real news is that the Government has totally ignored its principles of involvement of industry,” Random Computing Services chief executive, Jed Johnson, said.

The firm is one of at least three suppliers that face diminished market opportunity due to the federal decision.

Sources also slammed a key tenet of the Government's business case for a whole-of-government solution — that it will save at least $30 million over a 10-year period.

"One wonders if the 10 years is not a number chosen for convenience because it makes the internal build business case stack up," the insider said.

A Department of Finance spokesperson refuted the suggestion, but declined to make the business case available to iTnews.

The spokesperson said the payback timeframe had been estimated at 10 years because the rollout was expected to occur over a four-year period.

A shorter timeframe would not increase the attractiveness of using a private sector system, they said.

Johnson disagreed with the department's assessment, believing that if private sector input had been sought, the Government "would be saving much more than $30 million over 10 years".

The GOTS that slayed the COTS

At the heart of the criticism levelled at Government is whether the proposed whole-of-government system offers value for money.

The Government did not test the market with a public procurement process, instead opting for a Government off-the-shelf (GOTS) solution.

Though the decision is consistent with the Australian Government Information Management Office's (AGIMO) ICT Customisation and Bespoke Development Policy (pdf), suppliers of existing parliamentary workflow systems to federal agencies are furious at their exclusion from the whole-of-government selection process, and from future federal opportunities.

Among the suppliers affected are Random Computing Services, which makes the ExecCorro system used by the Attorney-General's department; Bay Technologies, whose MINCOR product counts the Australian Taxation Office among its customers; and Technology One, with its eMinisterials system.

Johnson said that by not including industry in a review of federal parliamentary workflow systems that ultimately led to the whole-of-government decision, the process was effectively "compromised".

"Award winning systems were clearly overlooked. How can the Government say it looked at value for money if it never asked the industry for its prices or ideas?”

Johnson wrote to Finance Minister Penny Wong asking why the parliamentary workflow review process would not include input from the private sector.

iTnews has sighted a copy of the correspondence, including a response on June 6 last year from Special Minister of State Gary Gray.

According to the correspondence, Gray told Johnson that information supplied by Random Computing Services would be considered in the review process, and that “appropriate people” had been informed of his company’s capabilities.

But a demonstration of what Johnson had to offer was not necessary, Gray wrote.

Existing customers stopped spending money with them. This was because during the 18-month consideration of the whole-of-government initiative, all federal agencies were asked to withhold future investment in parliamentary workflow systems.

“This is normal practice to ensure agency investments are optimised and aligned with impending government considerations,” a Department of Finance spokesperson said.

More red flags were raised when a tender for a Parliamentary Workflow solution appeared briefly and was then swiftly withdrawn. No explanation has been given for the sudden withdrawal.

Bay Technologies CEO Mark Pickering was "angry and concerned" at the developments.

He wrote to AGIMO's chief government information officer, Ann Steward, in December 2011, outlining his concerns at the Government's apparent approach.

AGIMO’s acting chief Glenn Archer confirmed to Pickering that a single workflow system was under consideration.

As the matter was under consideration, “it would not be prudent” for agencies to enter into arrangements requiring new expenditure from parliamentary workflow systems, Archer noted.

"What is in question is the manner that the Government has gone about this," Pickering said.

"Certainly a number of the vendors consider there has been an almost single-minded approach to building internally rather than buying from private sector or even including the private sector and their extensive knowledge in the process."

By Budget 2012, the private sector saw the axe fall on their long-term federal opportunities, though the extended timeframe for the whole-of-government system saw many agencies rush to renew existing arrangements.

AusTender reported, for example, that the Australian Tax Office renewed its support contract with Bay Technologies up to 2015 for $172,711 in May.

The Attorney-General’s Department renewed its support contract with Random Computing Services for $80,400 in March to conclude by July 2012.

Likewise the Departments of Immigration & Citizenship, and Broadband, Communications and the Digital Economy, signed for additional support to ensure their ability to process ministerial correspondence.

All will ultimately be brought onto the whole-of-government system sometime over the next four years.

Head over the page to read how suppliers have fared with such systems in the past, and why the Government has potentially underestimated the new system's costs.