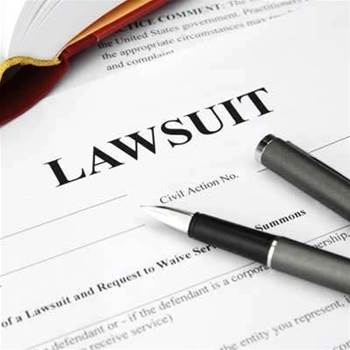 Sony Pictures Entertainment has been sued in a class action by two former employees who accused the company of failing to protect employee data.

The lawsuit against Sony's Hollywood movie studio, filed on Monday in federal court in Los Angeles, alleged that Sony failed to both secure its computer network and to stop hackers.

The plaintiffs are asking for compensation for any damages as well as credit monitoring services, identity theft insurance and other assistance for themselves and any former or current US employees whose data was similarly compromised.

Representatives with Sony did not immediately respond to requests for comment on the lawsuit.

Unidentified hackers attacked Sony's computer network last month and have released internal documents which they claim were stolen from the company.

Disclosures from the documents have caused turmoil at the studio and exposed internal discussions key to the company's future to public scrutiny.

On Monday, Sony Pictures executives addressed staff at two separate meetings in a packed sound stage on the company's lot in Culver City, California, saying the studio would recover from the episode and that they should not worry about the company's future.

It also advised its current and former employees to be on the alert for fraudsters looking to use their stolen data, which included detailed personal information.

In what is Sony's most detailed description on the types of data stolen, the company listed information such as social security numbers, credit card details, bank account information, healthcare information and compensation and other employment-related information.

The company is in the process of investigating the scope of the cyber attack and is notifying employees that it would be providing identity theft protection services, Sony Pictures said on late Monday.