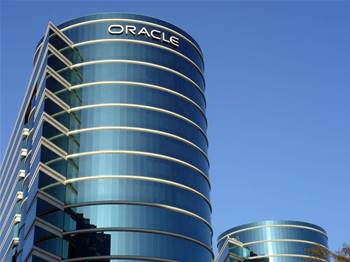 The plaintiff in a local sexual harassment case against software giant Oracle will likely be left “financially and personally devastated” by the lawsuit despite winning, after a judge ordered her to pay part of Oracle’s legal costs.

Oracle was ordered to pay $18,000 in compensation to former employee Rebecca Richardson as a result of a long-running lawsuit initiated against the company and consulting sales manager Randol Tucker in 2010.

The court found Oracle liable for Tucker’s behaviour but said Richardson had not suffered economic loss as a result.

Richardson alleged she had been harassed by Tucker on 11 occasions since 2008 while the pair worked together on a project.

She had initially sought around $450,000 in damages, a public apology from Oracle and internal implementation of policies and procedures to avoid other staff members experiencing sexual harassment. The court ruled against the latter two requests.

Court costs were to be decided separately. Oracle and Richardson filed respective applications and a decision was reached late last Friday.

The cost ruling reveals Oracle and Tucker made Richardson several offers since 2010 which would have benefited her significantly more than the $18,000 she eventually received.

In September 2010, Oracle and Tucker jointly offered Richardson $55,000 plus legal fees to avoid a lengthy battle in court.

Richardson responded requesting $106,500 and payment of legal fees, which was rejected by Oracle and Tucker.

Justice Robert John Buchanan found the rejection of the offer was “imprudent and unreasonable”.

“.. An offer of $55,000 was more than adequate to accommodate any claim for general non-economic loss which Ms Richardson was advancing... The offer served on 3 September 2010 was also more than adequate to accommodate any damages which might have been awarded for economic loss, had an occasion arisen to quantify loss of that kind,” he said in the ruling.

“It was also more than adequate to accommodate a claim for damages against Oracle in its own right, had some of the other complaints made against Oracle been upheld.

"In that context also, the counter-offer demanding $106,500 was unrealistic by a substantial margin.”

In July 2011, Tucker independently offered Richardson $25,000 to release him from the proceedings, allowing her to continue her case against Oracle.

At that time, Richardson was claiming for general damages of $40,000. That offer was rejected. Richardson’s lawyers said her legal fees amounted to $161,988 at that time.

Justice Buchanan said Richardson had not been unreasonable in rejecting Tucker’s $25,000 offer, given Oracle was not a party to the offer and it would therefore not have achieved complete settlement; the offer would have meant abandonment of the sexual harassment claim; and it did not address Richardson’s legal costs.

Following an undocumented mediation on November 22, 2011, Oracle and Tucker made another joint offer for $85,000, exclusive of costs, a month later.

The offer was rejected by Richardson as it did not address the full range of relief sought — such as a public apology from Oracle and new internal policies and procedures to prevent sexual harassment.

Both Oracle and Tucker are entitled to have costs from September 4 2010 paid by Richardson under a Federal Court Rule which states if an applicant is awarded a judgment less favourable than an offer they received, the respondent is entitled to have its costs paid in the period of time following the offer.

Richardson's costs will be paid by Oracle up to September 4 2010.

Justice Buchanan said the final outcome of the whole case would “probably be devastating for Ms Richardson both financially and personally”.

“Although the findings made in the earlier judgment provide public vindication of her position, she will remain solely responsible for the payment of the bulk of her own legal costs and obliged to pay a high proportion of the legal costs of the respondents. That will be a very high price to pay for her victory,” he wrote.

“However, to the extent that the proceedings were maintained in pursuit of a claim for damages by way of compensation in an amount higher than was offered, the respondents are entitled to the protection contemplated by the Rules and the former Rules.”