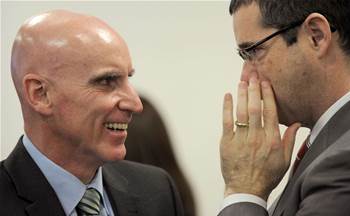 Review finds Board lacked "the right mix of skills”.

Nine former NBN Co board members and ex-CEO Mike Quigley have dismissed a Government-commissioned report by KordaMentha into corporate governance at NBN Co, which found the previous board “lacked the right mix of skills”.

KordaMentha was engaged by the Government last December to review and report on corporate governance at NBN Co from its April 2009 inception until the September 2013 federal election.

In its “limited” review [pdf], tabled on Wednesday night, KordaMentha said it found that while each of the NBN Co directors since the company’s birth had been “skilled and experienced individuals”, the mix of skills and experience was “not appropriate for a company of the nature, scale and complexity of NBN Co”.

It recognised the “heavy workload” undertaken by the directors - which included over 150 hours of meetings in 2011 and 2012 and monthly board papers exceeding 500 pages - acknowledging even a board with the right mix of skills would have struggled.

“We understand the current NBN Co board papers have been considerably shortened and focus on key strategic issues.”

But it backed up its findings by citing two previous performance assessments which it said had identified the NBN Co board did not possess the necessary mix of skilled individuals.

“Overall, the NBN Co Boards have been described to us as having a 'lack of dirt under the fingernails', i.e. they had a collective lack of deep operational experience and insight in areas critical to success of NBN Co.”

KordaMentha specifically highlighted a lack of experience in working with government and government-owned businesses, telecommunications, construction and major infrastructure projects, plus financial accounting and controls in board members.

It similarly found former CEO Mike Quigley had only had one performance review in three years and no key performance indicators (KPIs) outside of delivering to NBN Co's corporate plan.

Additionally, NBN Co did not properly weigh up the board’s skills with the key strategic risks of the organisation, the report found, and had not devoted enough time to identifying the risks associated with the NBN rollout and ensuring proactive management of them.

“Many of the risk papers and reports have been focused on the preventable risks and we consider that the Board was not actively involved in the identification, consideration and management of the strategic risks faced by NBN Co.

“For instance, it appears that NBN Co’s risk management strategies related to the rollout of the network were inadequate.

"While NBN Co was diligent in entering into construction contracts which mitigated its construction risk and transferred risk to the design partners, there was apparently an absence of recognition that NBN Co bore the ultimate responsibility for the construction of the network.”

It did, however, find NBN Co’s contract procurement processes had been appropriate, and the board had provided consistent communication to the shareholder ministers on NBN Co’s activities.

Nine former NBN Co directors, including former chair Siobhan McKenna, refuted the findings, which they claimed are “unsupported by the facts”.

“As directors of NBN Co, we have each acted with care and diligence. From the first appointment of any of us, the board of NBN Co cultivated a culture of continuous feedback. This practice applied to all directors, including executive directors, laying a solid foundation for monitoring the performance of the Board,” the nine directors wrote.

“The Board devoted significant time to strategic risks and, in particular, the related risks of time delays and cost overruns. A review of Board and committee agendas indicates that all key strategic risks including time delays, cost overruns, technological obsolescence, regulatory change, pricing and cherry-picking issues were considered on a timely basis.”

Former CEO Mike Quigley similarly said the numerous projects NBN Co was undertaking whilst in his care would be a “major challenge for even a mature telco”.

“NBN Co was doing it all simultaneously, while building a company from a standing start.”

“There are currently seven GBEs with a wide range of activities. NBN Co is, and will be, one of the largest GBEs and is also, because of its start-up nature and range and scale of activities, significantly more complex than any of the other GBEs.

"The complexity and nature of NBN Co’s activities raises the question as to whether the GBE guidelines were and are sufficient for the NBN Co.

“We would recommend there should be more specific guidance on the requirements for the identification and management of strategic risks. This in turn may require enhanced capabilities within the shareholder ministers’ departments to manage and evaluate the GBEs against such specific further requirements.”

The KordaMentha review is one of six audits the Government has commissioned into the NBN project. The Coalition released its commissioned audit of the conception of the national broadband network, last week.