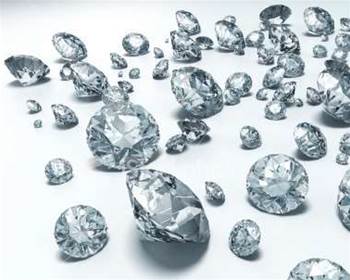 Aussie-led blockchain startup Everledger is tapping Watson and other IBM technologies to underpin its tracking of the provenance of more than 1.2 million diamonds globally.

The startup, which is led by Australian entrepreneur Leanne Kemp, is emerging as a showcase for blockchain's capacity to verify the authenticity and origin of a range of high value goods.

Globally, about $15 billion worth of rough diamonds is dug up every year, before being cut and sold into an industry worth $72 billion.

But the controversial trade is marred by fraud and worse, as rough diamonds are often traded out of conflict zones to fund violent insurgencies in places like Sierra Leone, Liberia, and Angola.

In 2000, the UN adopted the Kimberley Process: a rough diamond certification system widely adopted to stamp out the trade of so-called ‘blood diamonds’, by demanding proper documentation for any stones shipped out of 80 selected regions.

“While the Kimberley Process was a shining moment of success for the diamond industry, the world still relies on paper-based certification,” Kemp told the IBM InterConnect conference in Las Vegas.

“With this we have real problems: document tampering, fraudulent claims, synthetic stones that are falsely identified, and double financing.”

Everledger might help combat some of this by offering an immutable, distributed ledger audit trail for traded stones.

The system records 40 different points of metadata for every rock that has been logged on its blockchain to date.

This "thumbprint for each diamond" includes high definition photographs of the laser inscribed serial numbers on their girdle, and details of the cut, carat and colour of the gem.

“This is what the blockchain does at its core. It is a shared ledger technology that allows participants in a business network to transact assets where everyone has control but no one person is in control,” Kemp said.

“There was a desperate need to create a single point of truth so that all stakeholders across the supply chain, from producers, to cutters, to bankers, to insurers, had shared visibility of records."

Everledger's system is underpinned by the IBM blockchain high security business network service, which is accessible via IBM's BlueMix platform-as-a-service.

Furthermore, it can start to analyse the shared characteristics of non-compliant certificates, like what countries they originate in, their value, and who signed their documents.

Kemp, meanwhile, is looking beyond the blood diamond trade to other high-value goods like wine, antiques and fine art that may benefit from similar provenance tracking.

“There is no better time for blockchain to be operationalised,” she said.

Paris Cowan travelled to InterConnect 2017 as a guest of IBM.