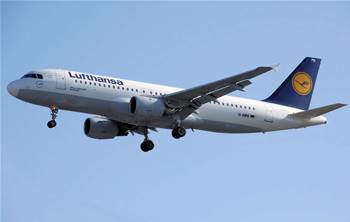 Air travellers in Europe will get access to high-speed, in-flight broadband from next year, through a combined ground long term evolution (LTE) and satellite partnership between German telco Deutsche Telekom and satellite company Inmarsat.

Known as the European Aviation Network, the service comprises of one S-band satellite utilising two 15MHz frequency bands, and 300 LTE ground stations to be built across the continent by Deutsche Telekom.

The LTE stations are long range and have a reach of 80 km, substantially more than the 10km of standard 4G cellsites, Inmarsat said.

Airplanes will connect to the LTE sites on take-off. Once the airplanes reach operational flight altitude of 10,000 feet (approximately 3 km), the Inmarsat satellite will supplement the ground-based LTE broadband service.

Switching between the LTE base stations and the satellite will be handled by airplane electronics.

German airline Lufthansa has committed to the Europan Aviation Network and intends to start a flight trial of the broadband service in 2017.

Although the use of mobile electronic devices has long been banned on airplanes due to fear of interference with navigational equipment, aviation safety regulators have in recent years become more relaxed about their use by passengers.

In June this year, Australia's Civil Aviation Safety Authority (CASA) gave official permission for airplane travellers to use small mobile devices weighing less than one kilogram aboard flights - albeit only in "flight mode" and not for making or receiving calls, text messages or data connections.