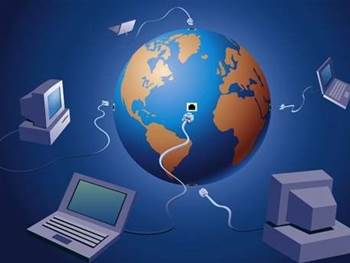 DSL uses existing copper access networks to deliver broadband and is well entrenched in Europe, lengthening the useful life of existing copper infrastructures, according to the report.

DSL technologies mean that the bandwidth requirements in the near future can be met to a certain extent, while high capital investment and local network characteristics pose restraints to a full fibre-to-the-home deployment across all countries.

"DSL is the preferred technology to deliver broadband and other related services in Europe," said Elizalde.

"Local network conditions have been favourable to the deployment of this technology to deliver sufficient bandwidth to cope with user and application demands."

However, with the advent of high-definition video and other entertainment applications over broadband, this will not be the case for much longer.

Multiple high-definition video streaming to the home and other converged applications can easily outgrow the bandwidth capacity of DSL-based networks.

As a result, service providers will need to start looking at deploying fibre deeper into the network, even to the home or building, to meet future bandwidth requirements.

"Several technologies are available to meet the delivery of bandwidth demand, of which fibre in the local loop, and in particular fibre-to-the-home, is future-proof," said Elizalde.

New analysis from Frost & Sullivan suggests that fibre-to-the-home dep loyments reached over 2.5 million homes in 2006 and are likely to reach over 14 million in 2012.

Elizalde noted that several service providers across Europe have made commitments to deploy fibre-to-the-node or fibre-to-the-home networks in the next three to five years.

In addition, the availability of the gigabit passive optical networks technology has made such deployments more economically viable.
Got a news tip for our journalists? Share it with us anonymously here.
Copyright ©v3.co.uk
Tags:
broadbandeuropeanlimitnetworksreachingtelco/ispthe