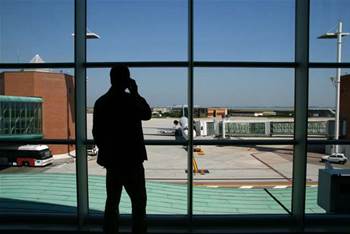 Devices can remain in full operation.

The move follows the EASA's December 2013 decision to allow the use of personal electronic devices in non-transmitting mode through all stages of flight, after finding the radio interference signals from mobile phones and tablets were not a safety concern on aircraft.

The agency said it had spent the past year working to give airline passengers the same freedom of use for small personal devices as they experience on other modes of transport, such as trains.

European airlines can now allow their travellers to leave their devices - which the EASA counts as tablets, laptops, smartphones, e-readers and MP3s - in full operation through all stages of the flight, without having to turn on airplane mode.

The decision whether to allow the use of non-transmitting personal electronic devices will be up to individual airlines, who will also need to go through an assessment process to prove their aircraft will not be affected by the transmission of device signals.

Australia similarly relaxed its guidelines governing mobile device use in-flight earlier this year, allowing small electronic devices to be used during take-off and landing in airplane mode after finding the effects of electro-magnetic interference on navigation systems was no longer a concern.

The US Federal Aviation Administration similarly allows devices to be used in flight mode from gate to gate.