EU may fine Microsoft over browsers by end-March 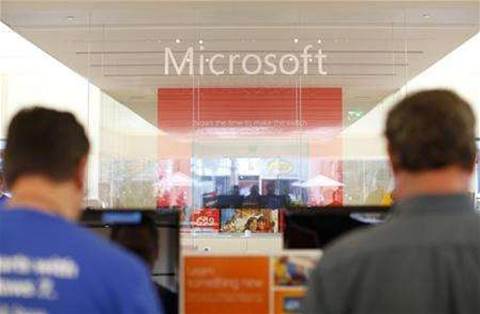 EU competition regulators plan to fine Microsoft before the end of March in a case tied to the software giant's antitrust battle in Europe more than a decade ago, three people familiar with the matter said on Thursday.

The European Commission had accused Microsoft in October last year of breaking a promise to offer European consumers a choice of rival browsers in the previous version of its Windows operating system.

The company made the pledge in 2009 to settle an EU antitrust investigation and stave off a penalty that could have been as much as 10 percent of its global revenue.

"The Commission is planning to fine Microsoft before the Easter break," one of the sources said, adding that it is possible that procedural issues could push back the decision.

The size of the fine could be significant because this is the second time that Microsoft has failed to comply with an EU order.

Microsoft, whose shares were up slightly in afternoon trading, did not immediately reply to a request for comment.

The Commission has sanctioned Microsoft to the tune of 1.6 billion euros (A$2.05 billion) to date for not providing data at fair prices to rivals, requiring software developers to create products to work with its products, and for tying its media player to its operating system.

The EU antitrust authority has said that the latest offence occurred between February 2011 and July 2012. Microsoft has blamed it on a technical error, saying that it has since tightened internal procedures to avoid a repeat.

The matter did not escape the notice of Microsoft's board, which cut the bonus of chief executive Steve Ballmer last year, partly because of the Windows division's failure to provide a browser choice screen as required by the European Commission, according to its annual proxy filing in October.

Microsoft's share of the European browser market has roughly halved since 2008 to 24 percent in January, below the 35 percent held by Google's Chrome and Mozilla's 29 percent share, according to Web traffic analysis company StatCounter.