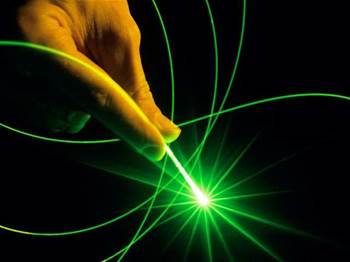 The European Union has approved a £500m programme to conduct research into laser-based nuclear fusion.

A team of British-led scientists has won approval for the project, which builds on US military research, to develop a feasible method of generating power through nuclear fusion, the same process that drives the Sun.

Scientists can currently create fusion reactions but the energy required is greater than the energy produced owing to the incredibly high temperatures required.

Researchers have tried in vain for years to develop a method to sustain the reactions at a more reasonable temperature, usually dubbed 'cold fusion'.

The military research on which the seven-year project is based uses powerful lasers to generate the millions of degrees required to start the reaction.

The team's High Energy Laser Fusion Research (Hiper) aims to construct the world's most powerful laser in an experimental reactor in the UK that could make fusion a commercial reality within two decades.

"It is how the Sun and the stars work. We are just a couple of years away from seeing it in the lab.

"This is not going to solve the immediate problem of greenhouse gases, but it should make sure we never again fall into the trap of polluting to meet our energy needs."

The system works by firing a petawatt pulsed laser at a fuel pellet two millimetres across, held in place by a magnetic bottle.

This barrage compresses the pellet to just few microns, thereby generating the huge temperatures required to begin the reaction.

"To put that in perspective, the laser is 10,000 times the power of the entire UK National Grid. And then you are going to focus that down onto a spot that is 10 to 100 times smaller than the width of a human hair," explained Professor Dunne.

"The pressure is equivalent to 10 Nimitz class aircraft carriers sitting on your thumb. Some pretty crazy things are going to happen, and that is what we are about."
Got a news tip for our journalists? Share it with us anonymously here.
Copyright ©v3.co.uk
Tags:
eufusiongiveshardwarelasernodresearchto