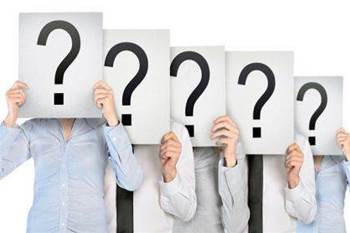 The federal eSafety Commissioner has discussed potential approaches to counter anonymity and pseudonymity on the internet with the Digital Transformation Agency as well as digital platforms.

Appearing at Senate Estimates late on Wednesday night, Julie Inman Grant responded to a line of questioning from South Australian Senator Rex Patrick on the plausibility of legislating a ‘know your customer’ (KYC) regime "in the cyber domain".

While casting doubt on the specific KYC proposal, Inman Grant said her agency had explored responses to anonymity and pseudonymity, and she agreed to turn over the "nature" of those conversations to the committee.

“I was just looking at [Monash University researcher] Emily van der Nagel’s [2017] PhD on pseudonymity on the internet. [pdf]

“I guess all I want to say is if … erasing anonymity is the goal, we also have to ask to what end? I don’t think it will end all online abuse on the internet but it might go some way.”

Inman Grant did not believe applying a KYC regime to the internet would work.

“I would say [KYC] is much easier in the banking sector because it’s been highly regulated for such a long time, particularly for anti money laundering,” she said.

“It would be very challenging I would think for Facebook, for instance, to re-identify or identify its current 2.7 billion users. How do they practically go back and do that?

“Part of this has to do with how the internet is architected. It’s not impossible but it creates a range of other issues.”

Inman Grant noted that Facebook already had a “real names policy, and they supposedly use 85 points of identification.”

“[But] how many people do you know using pseudonyms on Facebook? I can think of about five off the top of my head,” she said.

“It isn’t effective the way the systems are set up now.

“I would also suspect there would be huge privacy and civil libertartian pushback. I think that there are incremental steps we can make.

“I think totally getting rid of anonymity or even pseudonymity is going to be a very hard thing to achieve. The genie is out of the bottle.”

Inman Grant said she was concerned that a certain amount of online abuse occurred because “people believe they can do it with relative impunity.”

“There are a number of reasons for that. One is because just taking down someone’s account when they can create new ones fairly easily is not a deterrent,” she said.

In saying that, Inman Grant said she wanted "to be pragmatic here about what’s in the realm of the possible."

"It would be great if everyone had a name tag online so they couldnt do things without impunity," she said.

“From a technical, policy and even a political level, I just don’t know how - in the next two or three years - that would be achievable. We need to take baby steps.”

Real name identification would also not stop a subset of abusers, she added.

“In a lot of the adult trolling that we see, if you look at Federation University’s study about the characteristics of a troll, it’s often high self-esteem and sadism and masochism.

“There are a lot of trolls out there that aren’t interested in hiding their identity at all.

"So it’s not always going to be a deterrent.”