Ergas hints at reining in the ACCC 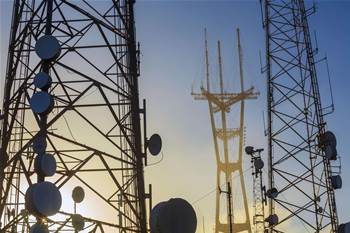 Economist Professor Henry Ergas has revealed that the Vertigan Committee will recommend more “checks and balances” for Australia's competition watchdog as part of its review of regulatory arrangements for the NBN.

The review is the second major body of work that the Australian Government has called on the committee to examine, alongside the NBN cost benefit analysis released late last month.

The regulatory review, currently before cabinet, has yet to be made public and Professor Ergas was restrained from divulging details of the committee’s findings. However, he revealed the broad aims and direction of the review at a Communications Alliance examining the implications of its conclusions to date.

Professor Ergas said the review would seek to address two major problems with Australia’s telecommunications market: lack of infrastructure competition and a regulatory framework that exacerbates it.

“We suggest a range of ways that could be done and equally in terms of enhancing the standard access obligations making them more fit for purpose going forward and again with respect to aspects of administration and having not merely transparency but also ensuring you have checks and balances," he said.

"It's very difficult to have a good regulatory regime that does not have any regulation of the regulator and yet that's essentially where we've come from."

Professor Ergas defended the committee’s cost benefit analysis, but said that any action taken by the government based on its findings was bound to fail if it didn’t select the right regulatory settings.

“If you don’t get the regulatory and governance framework right that sits around those decisions then no matter how sensible this cost benefit analysis is, no matter how careful our modelling has been the results ultimately will be disappointing,” he warned.