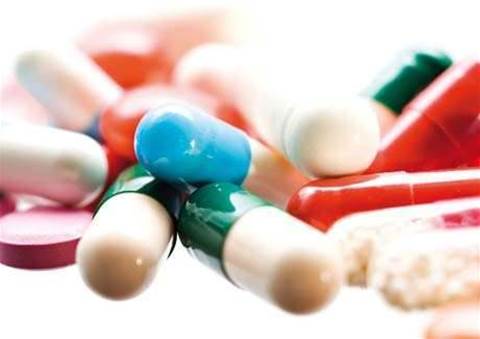 The first project underpinned by the Hitachi system - a new clinical information system being rolled out at Epworth's Eastern facility - was due to go live in a fortnight.

IT director Michael Broady told iTnews the company had originally bought the EMC kit - consisting of primary and secondary SANs - four years ago for "$600,000-plus", but started shopping around again after filling the available storage space and realising how much it was going to cost to maintain the platform.

"We sat down and said we don't want to pay that for something that's four years old."

It was not just about cost, according to Broady. Epworth also wanted the ability to replicate data between SANs running in an active-active configuration.

Broady said Epworth looked at new systems from EMC, NetApp and Hitachi Data Systems (HDS). Although he had "discounted" Hitachi from the original SAN replacement project four years prior, he said it was a "different [company] from the old Hitachi" that sought work in the new project.

"Hitachi won the deal based on relationship and technology as well," he said.

Broady said he "traded-in" the old EMC SANs to Hitachi and leased - rather than bought - the new HDS SANs due to capital budget constraints.

A significant portion of the healthcare group's capital expenditure was tied up in major projects, he said, including the redevelopment of Epworth's Richmond and Camberwell hospitals and the construction of an entirely new facility.

Making the SANs an operating expense allowed the hospital to upgrade despite the IT budget being "reduced".

Broady said EMC had been "coy" on revealing how much maintenance for the existing SANs would cost. Epworth factored an amount into its operating expenses that, after evaluation of alternatives, proved enough to lease newer kit that also solved technical challenges rather than simply maintaining what was already in place.

The HDS SANs have been installed, tested and configured in Epworth's two computer rooms and Broady said he was "at the starting point" of a phased migration of data off the EMC systems.

He was also readying the storage environment to support the hospital's new clinical information system at Epworth Eastern that would store electronic medical records and images.

"We thought it'd be a good test for [the SANs]," Broady said.

"The project goes live in two weeks' time and the new SANs are ready for that new environment, which is great. If the pilot goes well, we'll roll it out for the rest of the hospitals."

One of the challenges working in private healthcare was winning doctors over to new technology systems, according to Broady.

"The biggest challenge is that when a doctor comes into the hospital they've only got a certain amount of time - they're very time-poor," Broady said.

"They want to see the patient and go. Having technology slowed them down. We had to think how to make it quicker.

Broady said a lot of his work focused on "looking at processes around the end-to-end patient journey".

Epworth's Eastern hospital used a bedside system called Infotainment - a TV/video/Foxtel/games unit which doubled as a screen from which doctors could access patient medical records, pathology results and order tests from the bedside.

"Having [patient] information at the point-of-care makes the process quicker," Broady said.

"The next step is to develop a doctor portal. The thing we wanted to give them was information about the patient but available externally. It's not happening yet, but it's on the cards."

Epworth provides medical and surgical services, care, diagnostics and rehabilitation "to more than 100,000 in-patients annually", according to its website.

Epworth plans to use Microsoft SharePoint 2010 to underpin the portal and interface with clinical systems.

"We've been testing SharePoint for six months," Broady said. "We've been waiting to get the funding to put the infrastructure in."

The healthcare group was in its second term of a Microsoft enterprise agreement. It had a standard operating environment (SOE) across the group and had been piloting Exchange 2010 for inclusion in the SOE with "some really good results".