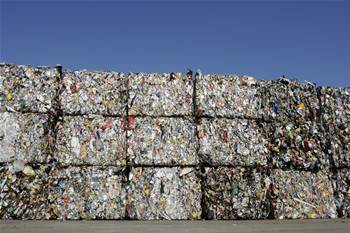 The Department of Agriculture, Water and Environment (DAWE) stood up a bare-bones portal for waste exporters to submit licences under Australia’s new waste export regime in 91 days.

The department built the Dynamics 365-based waste export licencing and declaration (WELD) portal in the final months of last year for the start of the Recycling and Waste Reduction Act in January.

The legislation – which passed parliament in December 2020, but was agreed to by all federal and state ministers a year earlier – prohibits the export of all unprocessed waste overseas by July 2024.

Glass waste was the first waste type to be banned in January 2021, with mixed plastics and tyres to follow later this year.

Mixed and unsorted paper and cardboard will be the last to be banned.

But the legislation also requires that the 260 Australian waste exporters apply for a licence to export materials that have been re-processed such as cleaned packing glass crushed into cullet.

This meant that the department needed to streamline how exporters applied for export licences and declarations, as well as requiring a facility for the Australian Border Force (ABF) to check submitted declarations through its cargo system.

Working with Canberra-based Microsoft partner Veritec, the department built a minimum viable product platform, in parallel to the development of the legislation for the scheme, in 91 working days.

He said this involved understanding “likely demand using historical data about waste exports to ensure the system had the capacity”.

Adopting an agile approach also allowed the development team to raise policy questions and address gaps as the laws were drafted.

“We wanted to make sure we could keep it as generic or as out the box as possible, so we could build on the solution,” she said.

“We had some really good discovery sessions where we able to deep dive into the requirements from the business and make sure that they were understood by everyone.

“Then they were able to work together closely with the business to build up those user stories, and those test plans."

Veritec CEO Greg Mace added that testing with industry users had allowed the development team to ensure that the platform was “easy to use” and streamlined workflows in the department.

“In an agile environment things move very fast. Working remotely meant we could discuss thngs frequently over Teams and quickly show examples on the screen or walk through the related tickets in DevOps which was very helpful,” he said.

“Sharing screenshots with industry and walking them through the system as it was being built meant that industry knew what to expect, what would be required of them and were able to provide suggestions to improve the system.”

DAWE is now working to ensure the platform is ready for the next stage of export licencing, which comes into effect in July.