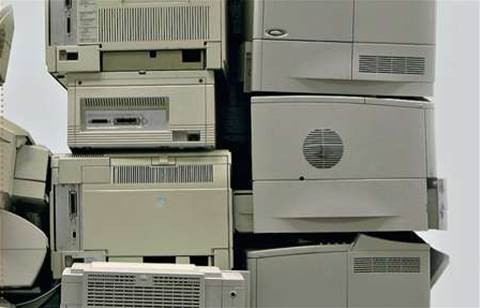 The Department of Finance has raised eyebrows after spending over $368,000 on Lexmark printers just months before a new whole-of-Government arrangement for IT office equipment takes effect.

Industry insiders raised concerns with iTnews that Finance was sending mixed signals about its commitment to whole of Government procurement.

The Department of Finance itself issued the tender to set up the whole-of-Government panel for purchases of major office machines - defined as "networked printers, scanners and multi function devices (MFDs) that have the ability to print, copy, scan and fax" - in July last year.

Panel supplier names were to be revealed this quarter ahead of the panel becoming active on April 1st.

Under coordinated procurement rules, agencies were required to not extend or enter into a separate contract to purchase items with a useful life of more than 12 months without the approval of their Minister and the Minister for Finance and Deregulation (or their delegated officials).

"The aim is to have as many agencies as possible ready to enter into a coordinated contract when it commences," the rules stated.

However, the Department appeared to have skirted these new rules with a hitherto undeclared purchase of printer equipment through a contractual arrangement with an existing supplier.

A Finance spokesman defended the purchase, pointing to a set of revised "transition rules" that came into effect in September last year - the same month that Finance purchased the Lexmark machines.

The rules permitted agencies to use existing contracts for business continuity purposes, the spokesman told iTnews.

Finance was undertaking a printer consolidation program to generate savings and efficiencies, according to the spokesman.

In addition, the Department had made only very small-scale purchases since the main order was placed.

"Only end-of-life printers are being replaced," he said.

"The consolidation is necessary to meet targets in the ICT Sustainability plan 2010.

"The principles applied to this procurement were consistent with those applied to other agencies affected by the MOM [whole-of-Government] project."

Finance said its printer contract with Lexmark commenced in 2004 with an initial three year term and subsequent two and one year extension options.