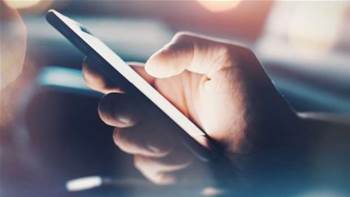 Final amendments fall under the microscope.

Final government amendments to newly passed encryption busting laws rushed through parliament in the final hours of sitting this month will be subject to scrutiny by a joint parliamentary committee.

The joint committee on intelligence and security (PJCIS) on Monday commenced a review into the Telecommunication and Other Legislation Amendment (Assistance and Access) Act 2018 following its passage through parliament earlier this month.

The law gives law enforcement the power to ask technology companies to create a vulnerability on "one or more target technologies that are connected with a particular person".

The review will have specific reference to 173 government amendments – which included the definition of what it meant to introduce a systemic weakness and vulnerability – that were introduced and swiftly passed on the final day of parliament this month.

“This review will focus on the final act as passed by the Parliament on 6 December 2018, with specific reference to government amendments – including those made to effect the Committee’s bipartisan recommendations made on that date,” committee chair Andrew Hastie said announcing the review.

Those amendments were waved through by Labor, which withdrew all opposition to the then bill at the last minute to ensure that intelligence agencies had access to the new encryption-busting powers over the Christmas period.

However, Opposition Leader Bill Shorten had indicated that Labor reached the agreement in exchange for five sets of extra amendments that would be passed in the new year.

Since then, however, Minister for Home Affairs Peter Dutton has raised doubts about the government accepting all of the amendments.

The committee will accept submissions on “any new matters arising with the passage of the Act” and will report by 3 April next year, satisfying a recommendation from the committee’s interim report.

The review is in addition to two other statutory reviews that now need to be conducted as a result of the amendments, including reviewing the laws alongside its review of the data retention regime.