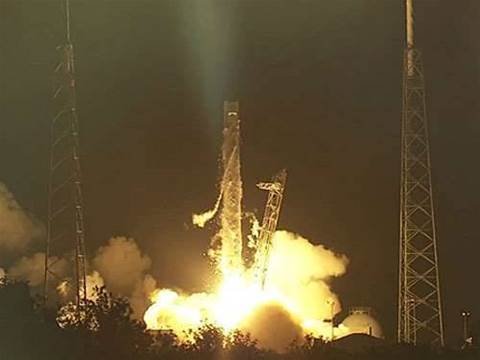 Most problematic in 14 years.

SpaceX founder and chief Elon Musk says he is unsure why one of the company’s Falcon rockets burst into flames on its Florida launch pad last week, destroying both the rocket and an Israeli communications satellite it was due to lift into orbit.

“Still working on the Falcon fireball investigation. Turning out to be the most difficult and complex failure we have ever had in 14 years,” Musk wrote on Twitter.

A massive fireball enveloped the rocket on Sept. 1 as it was being fueled for a routine test of its first stage. The rocket was scheduled to blast off two days later.

The rocket’s nine engines had not yet ignited for a test firing when a fireball engulfed the upper stage. “There was no apparent heat source,” Musk said.

The accident destroyed the US$200 million communications satellite owned by Israel-based Space Communication, which was going to be used by Facebook and Eutelsat to expand internet access in Africa.

Hawthorne, SpaceX has not yet said how much damage was done to its launch pad, located at Cape Canaveral Air Force Station.

SpaceX has backlog of more than 70 launches for commercial and government customers, worth more than US$10 billion.

The rocket that was destroyed was the second of 29 Falcon 9 rockets to fail. It took SpaceX about three weeks to identify the likely cause of its previous accident, which occurred on June 28, 2015.

The problem was traced to a faulty bracket, which was holding a bottle of helium inside the rocket’s upper stage. When the strut broke about two minutes after liftoff, the upper-stage liquid oxygen tank over-pressurised and ruptured, triggering an explosion.

SpaceX replaced thousands of struts throughout its fleet and had successfully flown nine times before last week’s failure.

"We remain fully confident in the results of (that) investigation ... The current investigation has no bearing on this," SpaceX spokesman Dex Torricke-Barton said.

SpaceX's next flight had been slated for later this month from a second launch pad at Vandenberg Air Force Base in California.

“We have confidence that SpaceX will resolve the matter and when they do we will be ready to launch,” SpaceX’s customer, Iridium Communications, said on Friday.

SpaceX said last week it was looking to shift its Florida launches to a nearly completed pad at NASA’s Kennedy Space Center, adjacent to its Cape Canaveral site.