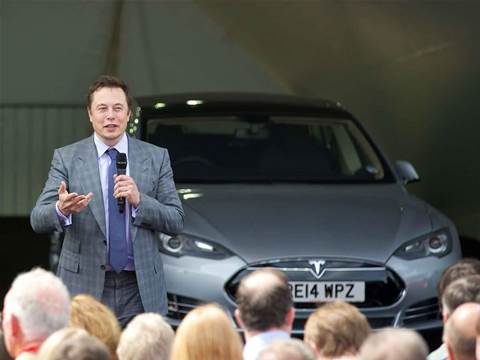 The US Securities and Exchange Commission (SEC) has charged Tesla and SpaceX CEO Elon Musk with securities fraud for his “misleading” tweets about taking Tesla private.

Musk claimed in a series of tweets in August that funding for the transaction had already been secured, and the only hurdle to clear was a shareholder vote.

Tesla’s trading price immediately jumped six percent after the announcement, as the US$420 (A$582) per share Musk mentioned represented a “substantial premium to its trading price at the time”, the SEC said. It added the hike caused “significant market disruption”.

The commission alleges Musk had not discussed specific deal terms with any potential financing partners, and he knew that a transaction would be uncertain and subject to numerous contingencies.

The complaint, filed in federal district court in the Southern District of New York, goes on to allege that Musk's actions violated anti-fraud provisions in US securities laws. The regulator therefore seeks a permanent bar from Musk serving as an officer or director of a public company.

“An officer’s celebrity status or reputation as a technological innovator does not give license to take those responsibilities lightly.”

SEC investigators are also calling for civil penalties to be levied against Musk.

Tesla shares later plummeted as several executives quit following a webcast in which the CEO was filmed smoking marijuana and wielding a sword.

The SEC said in a statement the investigation will continue as the case is litigated.

Musk is synonymous with both of the companies he helms. If the regulator is successful SpaceX and Tesla will have to ponder if they are willing to retain Musk's services for his visionary drive, rather than his managerial acumen.