Election 2013: A tech-first guide to the minor parties 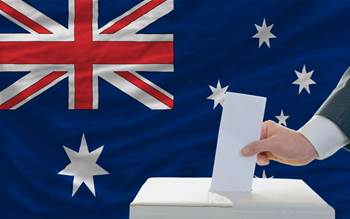 “I’m not a techie” has become the politician’s default refrain when it comes to qualifying a position on IT and innovation.

So where are the techies in politics?

In the lead up to the Federal Election iTnews looks at some of the minor parties who have based their policy platforms around technology and what it can offer Australian society and democracy.

In no particular order, here is a small selection:

The Future Party markets itself as a group of “technophiles” promoting the belief that “our quality of life is improved primarily through technological developments”.

It is pushing tech-friendly reforms across a number of policy areas, such as mandatory computer programming studies for early high-schoolers, installation of smart meters in all homes and businesses, and warrant-restricted access to private browsing data by law enforcement agencies.

The party has also put forward its vision for a “charter city” within Australia's borders but independent of many of its laws and regulations. Situated between Canberra and Sydney, the city would enjoy its own legal status when it comes to migration, welfare and education, in an effort to create an “international trading hub".

“People would be able to come into the city to work without going through a complicated visa process,” Future Party leader James Jansson told iTnews.

If any one of the Future Party’s policies could be picked up by the major parties, he said, he would nominate the doubling of Australia’s science and technology investment to 5 percent of GDP.

The Senator Online (SOL) party doesn’t have a policy platform as much as an online solution for building one.

It advocates for a participatory model of democracy where (assumedly time-wealthy) constituents can vote online to direct member’s every parliamentary move.

“SOL will, as far as practicable, for every Bill put to Parliament, summarise the arguments in a fair unbiased and concise manner. An online poll will be conducted in which all Poll members who have access to the internet can vote for or against the proposed Bill,” says the Senator Online constitution.

“SOL Executive Committee will determine the party view based on the online poll,” it says, except in the instance where the results are too tight (or when less than 100,000 people decide that they can be bothered to vote Federally more than once every four years).

The Party has even mocked up this handy video showing how smartphone voting could work.

The Pirate Party has been outspoken in its opposition to what it sees as the gradual and unjustified encroachment of national security onto civil liberties, particularly in the online world.

"The historical truism that security is not won through the sacrifice of liberties has never been more true than in the digital age," its policy platform states.

If any of its technological ideas were to make it all the way to the floor of Parliament, party representatives said they would protect digital liberties by:

The Party has also taken a stance against what it sees as uncompetitive corporate tax rates and software patents.

"Patents on programs must reflect the uniquely dynamic nature of the software industry, and durations should be shorter than those applying to other patent types.

"Functional claiming (which patents the end result of software) should be abolished, as it removes the capacity for the free market to create newer and better approaches," it says.