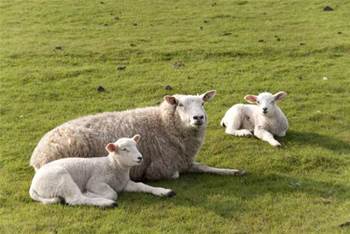 Elders has suspended an enterprise-wide technology and process transformation project as it tries to sell its flagship rural services business.

The four-year transformation, known as Project Connect, is targeting sales performance, capital management and supply chain process standardisation, and the establishment of a single, underpinning IT platform. (pdf)

The IT portion of work is divided into six releases and centres on a SAP rollout hosted in a private cloud environment in HP's Sydney data centre.

Elders noted in its annual report (pdf) that it had completed the first release of Project Connect in March as planned, an $18.3 million tranche covering SAP software for core finance, human resources and indirect procurement at head office.

But the firm noted in the report and in year-end filings (pdf) that it had put further Project Connect works "on hold in the short term" and redeployed project personnel elsewhere while it pursued asset sales.

"The Company and its Directors have been pleased with the project's progress to date but in light of the sales process [for Rural Services] has suspended the project in the short term, until the needs of a new owner are known," the annual report stated.

"Key resources who were working on the project have been redeployed into the business to help facilitate a restart of the program at a later stage".

The now-frozen releases cover expansion of the capabilities and reach of the SAP system, which is being implemented with assistance from Accenture.

Elders revealed late last month that it would try and sell its rural services business, having already put other key business assets up for sale.

Selling rural services would leave Elders with few core assets, according to the report by AAP, but it was expected the Elders brand would continue.

The company noted in its latest filings (pdf) that it was "pleased" with early interest in the rural services asset sale.

Elders also noted it had renewed its Microsoft licenses — "the primary platform for all Elders information technology infrastructure" — in the past financial year.