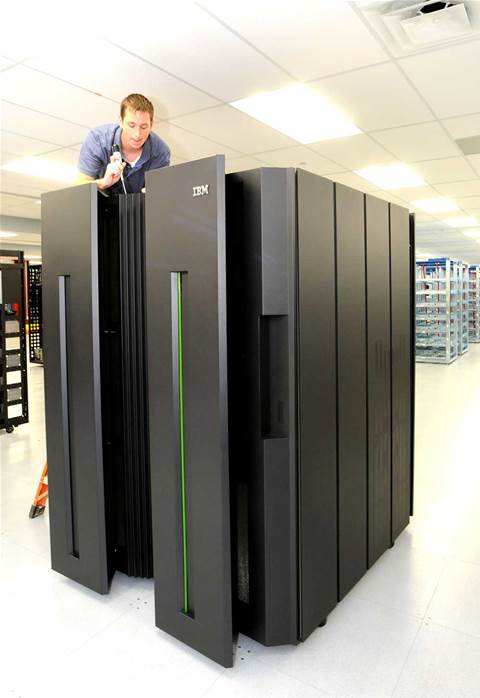 IBM's actions shut out providers of emulation technology, the two companies contend, which could enable users to run critical applications on non-IBM hardware.

The second is an investigation by the EC of IBM's alleged discriminatory behaviour towards competing suppliers of mainframe maintenance services. This case alleges that IBM intentionally sought to restrict or delay access to spare parts for which IBM is the only source in order to lock potential competitors out of the market.

Figures published by the EC last year valued the mainframe hardware and operating system market at around €8.5bn (AU$12.23 billion) and €3bn (AU$4.3 billion) in the European Economic Area.

The announcement comes just days after IBM announced its next major z series mainframe launch, and reported a big drop in its mainframe sales in the region.

IBM has hit back against the EC cases with its own figures, which the company said contradict the EC's assertion that it holds a position of market dominance.

Quoting IDC figures, IBM pointed out in a statement that mainframe server sales today are a tiny fraction of worldwide servers, representing just 0.02 percent of servers shipped and less than 10 percent of total server revenues in 2009.

The statement said that the IBM competitors involved in the first complaint "now want regulators to create for them a market position that they have not earned".

Florian Mueller, founder of the NoSoftwarePatents campaign, dismissed as a " diversion" IBM's further assertion that T3 and TurboHercules have reason to exploit their Microsoft and Intel ties.

Mueller likened the EC's action to its treatment of Microsoft over the bundling of Internet Explorer with Windows.

"I'm convinced that customers are locked in and milked shamelessly by IBM, and I hope that the outcome of the process will result in more customer choice, including the possibility to use the Hercules open-source emulator to run legacy mainframe applications on affordable Intel-based servers," Mueller said in a blog post.

However, IBM stated that the accusations against IBM by TurboHercules and T3 "are being driven by some of IBM's largest competitors, led by Microsoft, who want to further cement the dominance of Wintel servers by attempting to mimic aspects of IBM mainframes without making the substantial investments IBM has made and continues to make".

"IBM intends to co-operate fully with any inquiries from the European Union, " the company added. "But let there be no confusion whatsoever: there is no merit to the claims being made by Microsoft and its satellite proxies."

T3 lists Intel partners Microsoft and HP on its web site. But the relationship between Microsoft and TurboHercules, which supports a range of operating systems including Windows and Linux, is more fractious.

TurboHercules asked IBM last year for a licence to run its z/OS on TurboHercules systems. IBM refused on the basis that the licence may infringe on what it described as a "non-exhaustive list" of 106 patents and 67 patent applications.

In the intervening period, the US Department of Justice announced that it too is investigating IBM's mainframe practices, but it has made no further comment on the outcome since then.

Got a news tip for our journalists? Share it with us anonymously here.
Copyright ©v3.co.uk
Tags:
hardware ibm mainframe microsoft software