E-waste worth more than gold 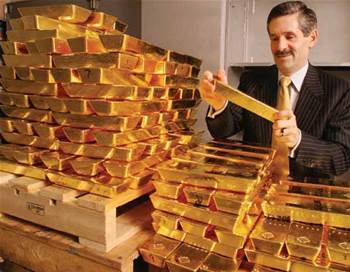 The claim was made by US-based news website Foreign Policy, in a report titled Inside the Digital Dump.

The publication looked at the issue of electronic detritus created by users upgrading PCs and other home electronics.

Between 20 and 50 million tons of electronic waste is generated globally each year, according to the report.

The costs of electronic waste is expected to top US$11 billion (A$13.4 billion) by 2009, and it can be 10 times cheaper for a company to ship waste abroad than to dispose of it properly at home.

Most of the used equipment ends up in the developing world in countries including China, India and Nigeria.

Although developing countries occasionally attempt to ban e-waste, the shipments can be vital to local economies. Some disposal sites in China employ more than 100,000 people.

In Guiyu in China, which hosts the world's biggest digital dump, the average worker can earn between $2 and $4 a day for sorting, disassembling and pulverising what was once someone's computer.

These components contain highly valuable metals, including gold, copper and aluminium, which are melted down and extracted after being sorted.

However lead, mercury and cadmium are also present. When melted down, the machines release even more toxins into the air, ground and water.

The EU has banned the use of certain hazardous substances in electrical and electronic products from July 2006 to facilitate safer recycling.
Got a news tip for our journalists? Share it with us anonymously here.
Copyright ©v3.co.uk
Tags:
andcopperewastegoldhardwaremoreorethanworth