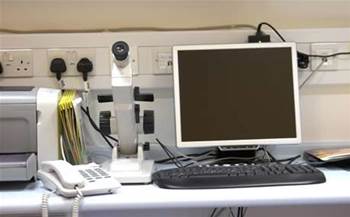 Global Health says it hasn't been paid since April.

Hospital solutions provider Global Health is blaming a difficult year on the South Australian government, as the pair continue to battle it out over the state's use of an old patient administration platform.

Global Health is locked in a Federal Court fight with the state over its refusal to upgrade the CHIRON software used in 12 of South Australia’s 75 public hospitals.

The rural health facilities continue to use the 1980s version of the software, despite Global Health refusing to issue any more licences for the superseded product, which is no longer used by any other customers.

Commenced in June 2015, the case is not due for its next directions hearing until February next year.

In the meantime, Global Health CEO Mathew Cherian told the company's annual general meeting last week, the case had delivered a hit to the health specialist's resources and revenue.

He claimed Global Health not been paid licence fees by the SA Department of Health since April 1 2015.

Global Health’s revenue and profit have dropped in the latest financial year, with both metrics hitting three year lows.

Cherian also claimed that SA Health's continuing use of the old CHIRON suite had forced Global Health since 2006 to retain a duplicate team of workers to maintain the platform just for the department.

A spokeswoman for SA Health insisted the department had offered to pay for its ongoing use of the software, but was knocked back.

“Global Health has rejected those offers, and has instead pursued this matter through legal proceedings in the Federal Court,” she said.

Cherian warned that the state government was putting the safety of patients and their personal information at risk with such old IT products.

“It is unrealistic to expect that 25 year‐old software without appropriate upgrades can cope with today's complexity and the increasing vulnerability of connectivity in this age of ever‐ increasing malicious attacks by hackers often for criminal activity such as identity theft, blackmail or other financial gain,” he told the meeting.

But SA Health is caught between a rock and a hard place - the rollout of its new patient administration software is on the rocks and it has its hands full getting it stabilised and into Royal Adelaide Hospital in time for the facility's opening day.

A team of roughly 200 has already been dedicated to getting the EPAS platform back on track, limiting the resources SA Health can commit to other IT projects.

“We continue to use CHIRON as it is essential to the running of our country health network,” the department spokeswoman said.

“While CHIRON meets our current requirements we are exploring potential long term alternatives.”